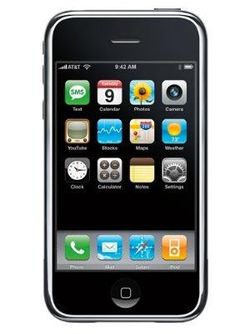 The wonders of technology. The Jerusalem.com tourist website launched an iPhone application this week which enables people from around the world and of any religion to record a 45 second prayer which would be sounded on loudspeaker opposite Jerusalem's walls at a time and day of the person's choice.

"This option is for people who want to maintain a spiritual connection with the city but are unable to visit it," explained Michael Weiss, one of the website's administrators. "The idea is to provide a meaningful experience beyond an image of the city. We allow any person in the world to be heard in the city of God.

"Israelis' accessibility to the holy sites is elementary but is not within the reach of millions of people. Many of them will not be able to come here even once in their lives. Using this technology one can provide people far away with something of the holy city's DNA," Weiss said.

He also added that the loudspeaker will be installed in the Yemin Moshe neighborhood and will operate on medium volume.

According to Weiss, after a prayer has been sounded the person who sent the recording will receive a message saying "God heard your prayer in Jerusalem."

Thus far prayers have been received from 72 countries and Weiss said that Jews are "the strongest audience" but that there are many prayers from Christians and Muslims.

"We see a connection between the nature of the prayers and everyday life," Weiss said. "The economic crisis has brought about many prayers pertaining to work from around the world. The number of prayers rises substantially towards the holidays. We are expecting masses of prayers ahead of Passover.

New iPhone application enables recording of 45-second prayer to be sounded on loudspeaker opposite holy city's walls 24/6.
Failed messiah was established and run in 2004 by Mr. Shmarya (Scott)Rosenberg. The site was acquired by Diversified Holdings, Feb 2016.