Controversy Over Evolution Erupts In Israel

Controversy over evolution in Israel
National Center For Science Education 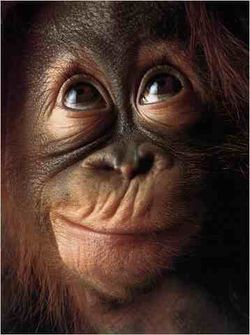 The chief scientist in Israel's ministry of education, Gavriel Avital, "sparked a furor" by questioning the reliability of evolution and global warming, leading to calls for his dismissal, according to Haaretz (February 21, 2010). "If textbooks state explicitly that human beings' origins are to be found with monkeys, I would want students to pursue and grapple with other opinions. There are many people who don't believe the evolutionary account is correct," he was quoted as saying. "There are those for whom evolution is a religion and are unwilling to hear about anything else. Part of my responsibility, in light of my position with the Education Ministry, is to examine textbooks and curricula."

Hava Yablonka of Tel Aviv University told Haaretz that Avital's statements were tantamount "to saying that space should be given in textbooks to the view that the earth is flat and the sun revolves around it. It's astonishing that the chief scientist of a government ministry can say such bizarre things." Similarly, Lia Ettinger, a biologist at the Heschel Center for Environmental Learning and Leadership in Tel Aviv, called for Avital's resignation, commenting, "It's clear that given the nature of science, there is never complete consensus, and that disputes bring us closer to the truth. But this has nothing to do with the things Avital said. If these are his positions, he cannot promote the kind of education necessary for the environment and sustainable ecology."

A subsequent article in Haaretz (February 22, 2010) quoted Yehoshua Kolodny, a professor emeritus at Hebrew University who recently won the Israel Prize — the country's highest civilian honor — for his contributions to the earth sciences, as saying, "Denying evolution is like denying science itself." Kolodny added, "When a top scientist ignores these things, it's a cultural calamity ... There are no disagreements among scientists regarding evolution. Catholics and Protestants long ago ended their war against evolution, and Avital is for all intents and purposes joining the radical fringe of evangelicals in the United States." Jonathan Erez, a professor at Hebrew University's Earth Sciences Institute, told Haaretz, "it is clear that Avital is not fit for the job."

In a February 23, 2010, editorial, Haaretz called on the minister of education, Gideon Sa'ar, to sack Avital, describing him as "an obscurantist Orthodox zealot who casts doubt on the validity of scientific research and rejects both evolution and global warming" and commenting, "His proposals that curricula undergo religious censorship to cast doubt on evolution are reminiscent of the notorious 'monkey trial' that saw a teacher in Tennessee put on trial in the 1920s for teaching evolution." The editorial concluded, "Sa'ar should immediately get rid of Avital, whose appointment has made a mockery of the minister's lofty promises, and replace him with a true scientist."

Avital's academic background is in aerodynamic engineering — when appointed as chief scientist in December 2009, he was the head of aeromechanics at Elbit Systems and a lecturer in aerodynamics at the Technion Israel Institute of Technology — and his appointment was controversial since, as Haaretz (December 1, 2009) reported, it was "apparently the first time the ministry's chief scientist has not come from one of the universities' education schools." A former chief scientist at the ministry told the newspaper, "A chief scientist do[e]s not have to know everything about education, but he should at least have extensive knowledge of the field. This is one of the most important posts in the ministry."

Unfortunately, Avital's views on evolution may be shared by a sizable segment of the Israeli public. A 2006 survey of public opinion in Israel by the Samuel Neaman Institute found that "a minority of only 28% accepts the scientific theory of the evolution [sic], while the majority (59%) believes that man was created by god," while according to the 2000 International Social Survey Programme, a total of 54% of Israeli respondents described "Human beings developed from earlier species of animals" as definitely or probably true, placing Israel ahead of the United States (46%, in last place) for its public acceptance of evolution, but behind twenty-three of the twenty-seven countries included in the report.

Controversy Over Evolution Erupts In Israel