The Purim of our ancestors? Maybe not. 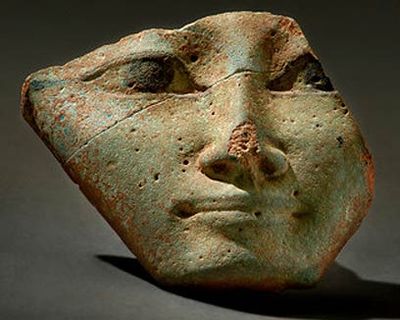 In honor of the Purim holiday, the Israel Antiquities Authority is presenting a new virtual exhibition on its website of masks and rattles that were discovered in archaeological excavations around the country. Appearing in the exhibition are various masks that portray humans and animals, the oldest of which is from the Stone Age and dates to c. 6500 BCE.

A mask may change a person’s identity, his age and gender, social status and everyday appearance. Many ceremonial masks were used for ritual purposes such as rainmaking, curing disease and exorcising spirits and demons. Oftentimes such masks were in the image of deities or demons.

The use of rattles during the reading of the scroll is a symbolic expression of the extermination of the Amalekites, the first people whom the Israelites fought when they were wandering in the desert (Exodus 17:8-13). According to tradition, Haman was a descendant of the Amalekites.

Clay rattles that contain small stones or other materials for making noise were found in archaeological excavations in the country. The rattles occur in a variety of shapes, some are adorned with a painted or engraved decoration, but all of them produce the same noise that is characteristic of a rattle. Most of the rattles were found in a cultic context or inside tombs and therefore there are those who believe that they were primarily used for ritual purposes. The frequency with which rattles occur in excavations throughout the country is explained by the fact that they are small objects that were relatively easy to manufacture and were used by the general population. There is the assertion that the clay rattle was an important musical instrument in the religious practices of the Kingdom of Israel and the Kingdom of Judah during the First Temple period.

Any thoughts on what that clay rattle might have been named? Is it mentioned in the Book of Psalms?
The IAA also notes that the modern custom of dressing in costumes on Purim is most likely of European non-Jewish origin:

Dressing up at Purim is not explicitly mentioned in the sources; the assumption is that the custom of dressing up at Purim was also influenced by the traditions of the peoples of Europe, who used to hold masquerade balls in the spring, the period when the holiday of Purim falls.

The custom of dressing up at Purim is very old (dating from the 13th century CE) and was practiced by all of the Jewish communities.

The Purim of our ancestors? Maybe not.