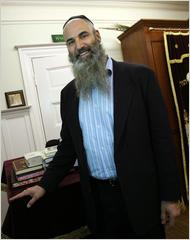 LOS ANGELES — After practice one late-summer day in 1986, Alan Veingrad strode into the Green Bay Packers’ locker room, feeling both spent and satisfied. An undrafted player from an obscure college, he had made the team and then some. On the next Sunday, opening day of the N.F.L. season, he would be starting at offensive tackle.

In his locker, Mr. Veingrad found the usual stuff, his street clothes and sweatsuit and playbook. On a small bench, though, lay a note from the Packers’ receptionist. It carried a name that Mr. Veingrad did not recognize, Lou Weinstein, and a local phone number.

Alone in a new town, too naïve to be wary, Mr. Veingrad called.…

After practice, Alan Vinegrad returned to the Green Bay Packers' locker room to find a mysterious note.
Failed messiah was established and run in 2004 by Mr. Shmarya (Scott)Rosenberg. The site was acquired by Diversified Holdings, Feb 2016.