Under the influence of Rabbi Yitzchak Ginsburgh, Shapira has deviated from mainstream religious Zionism. It can be detected in his dress–the long black Prince Albert frock coat and black hat favored by Chabad Hassidim–and in his thought. 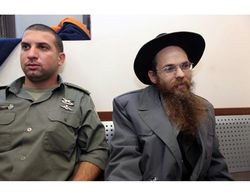 Rabbi Yitzhak Shapira, who was detained for questioning by the Shin Bet (Israel Security Agency) in connection with the burning of a mosque in Yasuf, a village near Nablus, is head of the Od Yosef Chai Yeshiva in Yitzhar, and is a disciple of Rabbi Yitzhak Ginsberg [sic], who lives in Kfar Chabad.

Ginsberg [sic] is considered by scholars of modern Jewish thought to be an original and important thinker in the fields of hassidut and Kabbala, though he is best known for his extreme views on the fundamental and inherent differences between Jews and non-Jews, which some say smack of racism.

His brother, Rabbi Yehoshua Shapira, is the head of the Ramat Gan Hesder Yeshiva.

Under the influence of Ginsberg [sic], Shapira has deviated from mainstream religious Zionism. It can be detected not only in his dress - the long black Prince Albert frock coat and black hat favored by Chabad Hassidim - it is also apparent in his thought.

While religious Zionists tend to emphasize the importance of cooperating with secular Zionists in the building and protection of the Jewish state, Shapira and his students are concerned with maintaining what they consider the purity and authenticity of Jewish teachings and practice.

For instance, the students at Od Yosef Chai are more likely to avoid performing military service out of concern that they will be forced to follow orders that contradict Halacha. 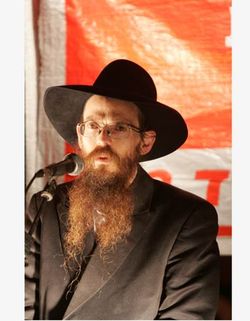 While religious Zionists are primarily concerned with the issue of evacuating settlements, the students at Od Yosef Chai also see IDF ethics as problematic because they are based on "western" or "Christian" morality that equates Jewish lives with those of non-Jews.

In sharp contrast to the Goldstone Report, which criticizes the IDF for purportedly committing "war crimes" against Palestinians during Operation Cast Lead, Od Yosef Chai's criticism of the IDF is totally different.

IDF battlefield ethics are seen as immoral not because they allow for the killing of innocent bystanders but because they force Jewish soldiers to needlessly endanger themselves to protect gentiles.

The measures taken by the IDF to protect non-combatants, such as using ground forces to weed out terrorists embedded in highly populated civilian areas so as to minimize collateral damage, are viewed by Shapira as downright evil, because they lead to the needless injury or death of Jewish soldiers.

In his preface to the controversial book Torat Hamelech [The King's Torah], authored by Shapira and Rabbi Yosef Elitzur, Ginsberg [sic] points out the tremendous need to illuminate the fundamental differences between Jew and gentile "at a time when we are obligated to conquer [the land of Israel] from our enemies so that we can act as we need to in the spirit of Torah and so that we can strengthen the spirit of the nation and its soldiers."

Some of the guidelines mentioned at the back of the book in a section entitled "Conclusions - Chapter Five: The Killing of Gentiles in War," include the following: "There is a reason to kill babies [on the enemy side] even if they have not transgressed the seven Noahide Laws [to believe in God, not to commit idolatry, murder, theft or adultery, to set up a legal system, and not to tear a limb from a live animal] because of the future danger they may present, since it is assumed that they will grow up to be evil like their parents...."

In all of its 230 pages, the book makes no mention of Arabs or Palestinians. However, a group of moderate religious Zionist groups calling themselves the "Twelfth of Heshvan," named after the Hebrew date of prime minister Yitzhak Rabin's assassination, are concerned that the book's teachings will not remain purely theoretical.

The have petitioned the High Court to order Attorney-General Menahem Mazuz to confiscate the books and arrest its authors for incitement.

Under the influence of Rabbi Yitzchak Ginsburgh, Shapira has deviated from mainstream religious Zionism. It can be detected in his dress–the long black Prince Albert frock coat and black hat favored by Chabad Hassidim–and in his thought.
Failed messiah was established and run in 2004 by Mr. Shmarya (Scott)Rosenberg. The site was acquired by Diversified Holdings, Feb 2016.