« Letter from Tel Aviv: What About My Feelings? | Main | Haredim Sue Haredi Rabbis In Secular Court »

Halacha prohibits the sale of cigarettes, Chief Rabbis of Efrat Shlomo Riskin and Shimon Golan have announced, adding that they will attempt to enforce the prohibition through persuasion.

Efrat will be smoke-free, if its chief rabbis have their way
Matthew Wagner • THE JERUSALEM POST 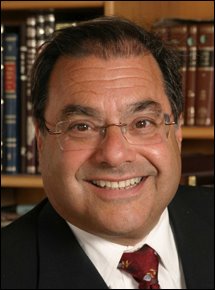 Halacha prohibits the sale of cigarettes, Chief Rabbis of Efrat Shlomo Riskin and Shimon Golan have announced, adding that they will attempt to enforce the prohibition through persuasion.

A notice was published in the local Efraton weekly over the weekend that the two rabbis had issued a prohibition against the sale of cigarettes.

The two rabbis said that anyone who sold cigarettes transgressed two halachic prohibitions. The first was aiding and abetting a fellow Jew in the sin of endangering one's life. The second was standing idly by while a fellow Jew endangered his or herself.

"Cigarettes are treif," Riskin told The Jerusalem Post on Monday. "If I could, I would revoke the kashrut supervision certificate of every store or restaurant that sold cigarettes. But the law does not permit me to."

Riskin said that he had consulted with the Efrat Municipality's legal adviser on the matter.

"Since cigarettes are not foodstuffs they are not under my jurisdiction as a kashrut supervisor," Riskin said.

In the past, the High Court of Justice has ruled that city rabbis cannot revoke kashrut supervision certificates except for reasons directly related to the preparation of food.

For instance, two decades ago the court ruled against two rabbis, saying that belly dancing on the premises of a Jerusalem restaurant was not a reason to revoke a kashrut certificate.

And last June, the court, resting on the belly-dancing precedent, ruled that Ashdod's chief rabbi could not deprive a bakery of a kashrut certificate because its owner was a Jew who had converted to Christianity.

However, Riskin said that in his opinion, the sale of cigarettes was reason enough to take away a business's kashrut supervision.

"At the very least someone who smokes is transgressing the Torah's commandment to carefully guard your soul, and it could even be considered killing yourself, not to mention the fact that you are endangering others with secondary smoke.

"And there is absolutely no salutary feature to it," he said.

Riskin said that Jewish law was more stringent regarding items that endanger a person's life than regarding ritual prohibitions such as the mixing of meat and milk.

"But since I cannot force anyone to stop selling cigarettes, I will use persuasion," he said.

Riskin said that he had already met with the owners of two of five stores that sell cigarettes in Efrat, and had convinced them to stop selling cigarettes.

Numerous rabbis have ruled that due to the dangers to one's health caused by smoking it is strictly forbidden. Rabbi Shlomo Zalman Auerbach, considered the greatest halachic authority of the previous generation, ruled that smoking was considered self-flagellation and wrote "that I have never joined with those rabbis who permit smoking."

Rabbi Efraim Greenblatt of Memphis, Tennessee, likened smoking to lying down on a busy highway.

The late Rabbi Eliezer Waldenberg, a leading judge on the Supreme Rabbinical Court and author of the Tzitz Eliezer, ruled that the principle "God watches over the simple," which permits taking certain calculated risks, applies only when the risk is extremely small, or that there is no empirical, scientific evidence to substantiate the danger.

Rabbi Ovadia Yosef of Shas has also prohibited the practice.

Halacha prohibits the sale of cigarettes, Chief Rabbis of Efrat Shlomo Riskin and Shimon Golan have announced, adding that they will attempt to enforce the prohibition through persuasion.
Failed messiah was established and run in 2004 by Mr. Shmarya (Scott)Rosenberg. The site was acquired by Diversified Holdings, Feb 2016.