"The Law of Return [did not intend for] Israel to become a shelter for people who are pedophiles who are running from the court system in other countries.”

The Israeli Supreme Court’s recent ruling that alleged child molester Avrohom Mondrowitz could not be extradited to the U.S. has generated strong reactions from child advocates here and in Israel, and raised questions from legal experts about both the ruling itself and how the case unfolded over the past 25 years.

Yitzhak Kadman, president of the Israeli National Council for the Child, the oldest and largest children’s rights advocacy group in Israel, told The Jewish Week that “We are disappointed with the decision. We believe that it is sending [the] wrong message to people who are accused of such serious crimes [as the] sexual abuse of children.”

Kadman added, “We believe that regardless of the question that Israel is and
should be a shelter for every Jew in the world, the Law of Return [did not intend for] Israel to become a shelter for people who are pedophiles who are running from the court system in other countries.”

Mondrowitz fled the U.S. to Israel in 1984 and was indicted in absentia the following year by a Brooklyn grand jury on 14 counts, including five counts of sodomy in the first degree. After an early attempt to extradite Mondrowitz failed in 1985, he lived freely in Israel until he was arrested in 2007, pursuant to a renewed request for extradition by the U.S.

On Jan. 14, the Israeli Supreme Court rejected a lower court ruling in support of Mondrowitz’s extradition. The lower court had found that when a fugitive flees justice, he should not benefit from his action, and that the flight tolls, or stalls, the statute of limitations. In addition, it argued that the statutory period should be tolled because there was a legal barrier to extradition until the U.S.-Israel extradition treaty was amended in 2005 (the amending protocol went into effect in early 2007).

The Supreme Court rejected these arguments, concluding that the two countries could have amended the treaty earlier and that to extradite Mondrowitz now, some 25 years after he allegedly committed his crimes, would violate due process. The state’s attorney has until Thursday Jan. 28 to make a request for an additional hearing before a new and expanded panel of Supreme Court judges. 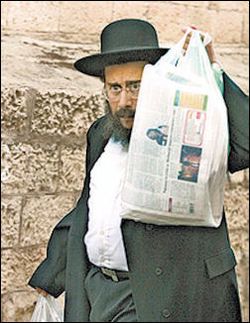 Douglas McNabb, a Washington, D.C., attorney and expert in U.S. and international extradition law, raised questions about one aspect of the Supreme Court’s ruling.

“As a general rule, flight does [toll] the statute of limitations,” McNabb told The Jewish Week, though he added that there may be something specific to Israeli law that would provide a basis for the  court’s ruling otherwise. On the issue of whether the statute should have been tolled because of lack of a viable treaty, McNabb concurred with the Supreme Court’s reasoning that it shouldn’t have been stopped.

“I think that is typical international law,” he said, adding that if a larger panel does agree to hear additional arguments, “[they may find] a problem with regard to not stalling the statute of limitations [due to flight]. But I say that with a bit of hesitancy because I am not an Israeli lawyer.”

Kadman is hoping the court will grant the state another hearing.

“We have already sent a letter to the Ministry of Justice asking them to re-appeal [the decision],” he said. Kadman added that, while clearly not its intent, the outcome of the court’s ruling “may lead to a very negative message that Israel is shelter for sexual abusers.”

According to criminal defense attorney Linda Friedman Ramirez, who has written extensively on extradition law and practice, the court’s denial of extradition after so much time has passed has merit.
“If the governments could not work this out for 22 years, it certainly bolsters the defendant’s claim that it is inequitable to extradite him to the U.S.,” Ramirez told The Jewish Week.

Indeed, the fact that so much time elapsed between the first and second extradition requests has been a point of much debate among advocates and observers of the case over its long trajectory. 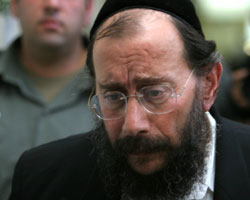 The first extradition request was made in 1985 by then Brooklyn District Attorney Elizabeth Holtzman; it was denied because sodomy, one of the charges on which Mondrowitz had been indicted, was not considered an extraditable offense under the  existing extradition treaty between the two countries. In 1988, Israeli law was amended to include sodomy as a form of rape, paving the way, some have argued, for a renewed extradition request from the U.S.

However, documents obtained by The Jewish Week indicate that this option was not pursued based on the advice of an Israeli Ministry of Justice employee, Marvin Hankin.

A September 1988 cable from the American Embassy in Tel Aviv to the Secretary of State in Washington noted that Hankin believed that a change in the Israeli rape law was not sufficient to allow for extradition, but that a change to the actual treaty was necessary.  According to the documents, Hankin counseled that “The present extradition treaty’s failure to deal with the charge of sodomy makes this case a non-starter until a new treaty is signed.”

It is unclear why the Americans relied on the advice of an Israeli government employee in this matter, or whether Holtzman’s office was ever made aware of this correspondence, but at that point the document trail goes cold — until 1993. On July 30 of that year, documents indicate that an assistant district attorney in Brooklyn, Andrew Calia, notified the State Department that the Brooklyn District Attorney’s office — now headed by Charles Hynes, who was elected to that office in 1989 — would not be pursuing the case any further unless “the fugitive [returned] to the U.S. or [turned] up elsewhere.”

While no explanation was given in the documents for this decision, Hynes has claimed more recently (in one instance, in a 2006 Village Voice article) that despite the 1988 change in Israeli rape law, because the treaty itself had not changed, Mondrowitz would not have been extraditable absent a change in the treaty. 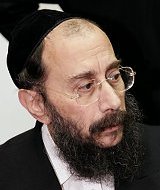 Such a change came in 2007, when the U.S. and Israel adopted a protocol to amend the extradition treaty to make extraditable any offense that would be punishable by a year or more in prison in both countries. However, given the Supreme Court’s ruling, it is unclear whether or not there remains any chance that Mondrowitz will ever be extradited.

However, Ramirez did posit other possible remedies.

“I imagine that the government of Israel will revisit the grant of citizenship to Mr. Mondrowitz,” she said.

Upon learning of the Supreme Court’s decision against extradition, Elizabeth Holtzman told The Jewish Week that her “office did everything we could to get him extradited. He should be brought to justice.”

Indeed, there is widespread concern among advocates that Mondrowitz continues to pose a threat to children. Israeli police acknowledge that they found child pornography in his home, though he is apparently not being charged with any crimes in connection with that material. 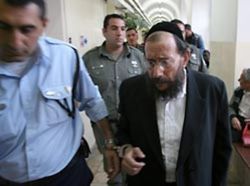 Moshe Rosenbaum, one of the original activists who brought Mondrowitz’s activities to light and has had personal contact with over 50 alleged victims of Mondrowitz, many of whom knew of other victims, told the Jewish Week that he believes the Israelis should be very concerned if Mondrowitz goes free.

"I estimate that there were over three hundred victims of Mondrowitz as of 1985. In my history of dealing with pedophiles in the Jewish community, nobody has ever come close to the level of the vile abusive behavior of Mondrowitz. He has a disease that doesn’t go away. It ruins lives forever. And the lack of response from the public empowers people like him which only makes them more dangerous.“

“Mondrowitz’s ability to charm his way into the presence of children is not to be taken lightly,” Rosenbaum continued. “It’s important that the Israeli public understand the extent of the danger Mondrowitz poses.”

Further, The Jewish Week has also learned that as recently as 2005, Mondrowitz was advising a man named Benyamin Rosenstein, a resident of Bnai Brak who works helping troubled religious boys, on matters related to adolescent psychology. 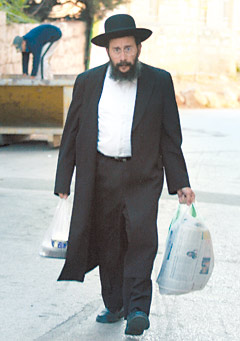 In an interview with The Jewish Week conducted through an interpreter, Rosenstein, the father of City Councilman Shlomo Rosenstein, said he first became aware of Mondrowitz through Mondrowitz’s son, a teacher in Israel who knew of the elder  Rosenstein’s work with disaffected teens and thought his father could be of help.

Rosenstein — who claims he was completely unaware of the longstanding allegations against the Mondrowitz — was impressed by the American’s intelligence and charm, as well as “all the diplomas on his wall.” While a letter obtained by The Jewish Week from attorney and activist Michael Lesher suggests Rosenstein referred at least one teenage boy to Mondrowitz, Rosenstein claimed not to remember having done so, though did say it is possible he referred another young man, slightly older.

Shocked by Mondrowitz’s arrest in 2007, Rosenstein said that while he had a hard time squaring the allegations with the man he knew, “where there is smoke there is usually fire.” He added that while he was opposed to extraditing Mondrowitz, as he felt he would not get a fair trial in the U.S., he would support trying him in Israel.

"The Law of Return [did not intend for] Israel to become a shelter for people who are pedophiles who are running from the court system in other countries.”
Failed messiah was established and run in 2004 by Mr. Shmarya (Scott)Rosenberg. The site was acquired by Diversified Holdings, Feb 2016.