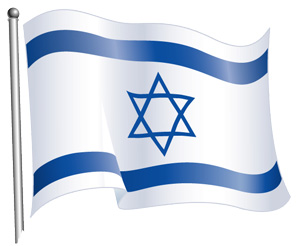 A single male pedophile attracted to boys attacks an average of 700 victims during his lifetime.

Israel lags behind the rest of the democratic world in legislation and other means of controlling pedophiles, legal experts said on Sunday, one day after police arrested twin brothers from Bnei Ayish in connection with the murder of a seven-year-old boy.

"There is a need for specific legislation regarding pedophiles," Dana Pugach, head of the Noga Center at the Ono Academic College, told The Jerusalem Post.

Currently, Israeli legislation deals with sex offenders in general. But Pugach said pedophiles were a special kind of sex offender, especially male pedophiles who are attracted to boys. They are the most prolific offenders, said Pugach, quoting research in the US which found that a single male offender attracted to boys attacks an average of 700 victims during his lifetime.

According to Pugach, Israel does not put enough emphasis on treating pedophiles in jail through the use of medicines and psychology. She said that research has shown that pedophiles cannot be cured and that experts talk about "managing" pedophiles rather than curing them. She added that the Justice Ministry was currently working on a bill dealing with the treatment of pedophiles.

She also said that Israeli courts are too lenient on juvenile pedophiles and often do not punish them severely enough and, therefore, they are not forced to confront the severity of their condition. The courts should send them to jail and begin medical and psychological treatment at the same time, she said.

She also said that the families of victims of pedophiles should be given a say on whether or not to impose restrictions on pedophiles once they have completed their jail sentence.

She added that the Justice and Welfare ministries should prepare more legislation to deal with the problem.

In an interview over the weekend, Yitzhak Kadman, head of the National Council of the Child, said there were at least 10 bills originally initiated by his organization that had been submitted by MKs for approval and were currently stuck somewhere along the legislation approval process.

In 2006, the Knesset passed a law calling for sexual offenders to be assessed regarding the danger they continued to pose after serving their time in jail. The law also called to supervise ex-convicts considered to pose a medium- or high-level threat after they were released.

But Kadman said that since the law went into effect, the supervisor unit has remained the same size even though it was now responsible for keeping tabs on 400 sexual deviants. "These units do not have sufficient tools - because of various holes in existing legislation - and financial, manpower and other shortages, to fulfill its task in the way we all want it to," he said.

A single male pedophile attracted to boys attacks an average of 700 victims during his lifetime.
Failed messiah was established and run in 2004 by Mr. Shmarya (Scott)Rosenberg. The site was acquired by Diversified Holdings, Feb 2016.