Rabbi Dr. Asher Meir tells the story of Israeli organ transplants – minus the rabbinic malfeasance that drives the issue.

Ethics @ Work: Recompense for organ donors
More should be done to provide compensation and incentives for those who make this sacrifice.
By ASHER MEIR • Jerusalem Post 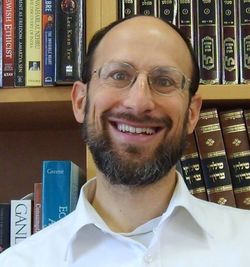 No one can be sure exactly how long there have been organ transplants, or their ethical ramifications, but they were already mentioned in Kant’s Lectures on Ethics two centuries ago. He gave the specific example of selling teeth. Kant was against them; he felt they violated his “practical imperative” to treat others as an end and not merely as a means to an end. An organ, in Kant’s view, was part of a human being, and so selling one (and, presumably, giving one) to someone else would turn a person into a means only.

Kant may have been against them, but today we are for them. Organ donations today save people’s lives, not only their bites, and massive efforts are invested to encourage people to make donations.

In some cases donations can be made from a live donor; for example, a person can live a normal life with a single kidney. Others can be taken from virtually any cadaver; for example, corneas. Quite a few can only be taken from a person who is brain dead, while other organs continue to function.

The law in every country today forbids selling organs, whether from living or dead people. (There are a few isolated exceptions, including blood and blood plasma.) The bizarre principle seems to be that everybody is allowed to benefit from the donation except the person who makes the sacrifice. The patient benefits, the doctor benefits, the hospital benefits. But if the donor benefits, that is somehow considered unethical.

In my opinion this is both bad ethics and bad policy. Ethically, someone who donates an organ, or agrees to make one available after his death, certainly deserves recompense. From a policy point of view, there is generally a shortage of organ donors, and providing recompense would increase the supply and save innumerable lives.

I have never been able to understand the topsy-turvy ethics of forbidding receiving money for organ donations. But within the constraints of that legal reality, I am strongly in favor of any progress toward compensating donors.

Israel has now become one of the world’s most progressive countries in this respect, with a new law that gives those who sign an organ donor card, and their immediate relatives, preference in getting a transplant themselves if they should ever need. The signature provides a certain number of “points” that are considered together with medical criterion in determining priority for transplants.

This law is actually not as novel as it seems. Israel already has a very similar system for a different kind of organ donation: blood. Blood donors in Israel get “blood insurance” for themselves and their immediate relatives for a year. Blood is also an organ, and so here we have a precedent for the new law. It is also a promising one: According to news reports, Israel has one of the lowest rates of organ donations among developed countries, but its blood donation rate is very respectable, comparable to those found in the US and Europe.

Another progressive development is legislation proposed by National Union MK Arye Eldad that would give de facto compensation to those who donate organs while they are still alive. Such donors would get a number of years of free medical insurance. This is a pittance compared to the tens of thousands of dollars such organs are really worth, but it is much better than nothing.

From an ethical and practical point of view, the “point system” for those who sign a donor card is a reasonable solution. The benefit to donors is relatively small (since comparatively few people ever need organs), but the cost is also small, since your organs don’t do you very much good after you are dead.

But for living donors, more should be done to provide both compensation and incentives for those who make this sacrifice, one that is meaningful in both senses of the word. Hopefully Eldad’s proposal will be the first stage in breaking down the taboo against providing such compensation.

Asher Meir is research director at the Business Ethics Center of Jerusalem, an independent institute in the Jerusalem College of Technology (Machon Lev).

Meir is the head of the RCA's new ethics in kashrut effort, a much watered down version of the Conservative Movement's Magen Tzedek.

What Meir wrote above is fine as far as it goes – which is not very far. It's a very watered down version of the situation with organ donations in Israel.
Missing from Meir's essay are few facts:

2. The behavior of these rabbis has helped drive Israel's organ donation rate down. It is now one of the lowest in the developed world.

3. As a result, Israelis have been banned from receiving organs in many Western countries.

You can't honestly write about organ donation in Israel and avoid mentioning those facts.
Covering up for rabbis – which is what Meir clearly seems to have done here – does not bode well for the RCA's new ethics in kashrut initiative.

Rabbi Dr. Asher Meir tells the story of Israeli organ transplants – minus the rabbinic malfeasance that drives the issue.
Failed messiah was established and run in 2004 by Mr. Shmarya (Scott)Rosenberg. The site was acquired by Diversified Holdings, Feb 2016.