“We heartily salute the RCA for developing these guidelines…We are gratified to have the core principles of Magen Tzedek affirmed …and feel supported in our effort by our counterpart organization in the Orthodox world.”

Launched during the summer of 2007, Magen Tzedek is a joint project of the Hekhsher Tzedek Commission of the Rabbinical Assembly and the United Synagogue of Conservative Judaism. 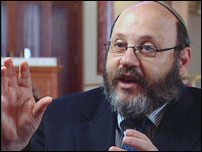 “We heartily salute the RCA for developing these guidelines which obviously come in response to recent serious abuses within the kosher food industry,” stated Rabbi Morris Allen, founder and director of Magen Tzedek. “We are gratified to have the core principles of Magen Tzedek affirmed in their guidelines and feel supported in our effort by our counterpart organization in the Orthodox world.”

“The power of a good idea is magnified when it gains support from all corners,” said Rabbi Julie Schonfeld, executive vice president of the Rabbinical Assembly.“
The observance and promotion of kashrut is a commonly-shared value of both Conservative and Orthodox Judaism. The Rabbinical Assembly looks forward to working with the rabbis of the RCA so that our joint efforts can insure that kashrut is a kiddush Ha-Shem, a sanctification of Gd’s name for the Jewish People.”

The RCA’s announcement comes at a critical time in the development of Magen Tzedek as the Hekhsher Tzedek Commission is about to sign a contract with a major social auditing firm that will take its two years’ work on the development of standards and guidelines and transform them into objective and verifiable means to certify companies that their ethical practices meet appropriate standards of conduct in the production food, reported Rabbi Allen.

“The RCA’s announcement underscores Magen Tzedek’s message,” said Rabbi Schonfeld. “While Magen Tzedek constitutes a unique expression of our unflagging commitment to the integration of ethics and ritual, we are pleased that our Orthodox colleagues have begun to develop their guidelines.”

It is designed to coexist with other rabbinic kosher seals.

The development of the Magen Tzedek seal came as a response to the egregious violations of human and animal rights at the AgriProcessors Meat Processing facility in Postville, Iowa, the largest producer of kosher meat and poultry in the US. As an expert witness on the ground, Rabbi Allen had an intimate knowledge of the situation and advocated for much-needed changes, developing Hekhsher Tzedek in the process.

The basic principle of Hekhsher Tzedek is that the ethical underpinning of kashrut is inextricable from the ritual observance.

The Magen Tzedek seal will be awarded to kosher food companies based on a number of criteria having to do with such matters as employee health, safety and training; wages and benefits; the company’s environmental impact; corporate transparency and product development, among others.

“More than anything, the RCA’s new ethical and legal guidelines demonstrate that Magen Tzedek has captured the hearts and minds of American Jews, reflecting deeply-held social and religious values,” said Rabbi Allen.

“We heartily salute the RCA for developing these guidelines…We are gratified to have the core principles of Magen Tzedek affirmed …and feel supported in our effort by our counterpart organization in the Orthodox world.”
Failed messiah was established and run in 2004 by Mr. Shmarya (Scott)Rosenberg. The site was acquired by Diversified Holdings, Feb 2016.