Chabad, Messianism, And An Excommunication

What are the accepted limits of Chabad messianism? 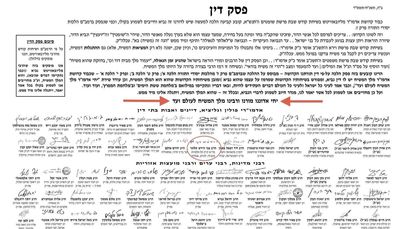 In Melbourne, Australia last week, a Chabad rabbi excommunicated a handful of Chabad extreme messianists who had made a party and feasted on the fast day of the 10th of Tevet. This small group posted a video of their feast on YouTube and publicized it on their website.
I didn't cover this because a small group of crazies – in this case, 3 or 4 men and their wives and little children – isn't indicative of the whole movement or even a large part of it, and there is no indication this is the direction Chabad in any of its major forms is headed.
But Harry Maryles noticed something I missed – the rabbi who excommunicated those messianist crazies is himself a messianist:

…As if to emphasize the fact that mainstream Lubavitch is not Meshchist - they reject any public utterances or displays that Rebbe is Moshiach. To that extent a Lubavitcher Rav, Zvi Hirsch Telsner - who is head of Melbourne’s Yeshiva Centre in Australia - has come out with a virtual excommunication of those who participated in that ‘picnic on a fast day’. It can be found on YWN. His words were extremely harsh. Here in part is what he said:

I find it necessary to rule that until the perpetrators of these deeds stand before a Beis Din of three Rabbonim, and seek forgiveness and correction of that which they have done, they are to be ostracized by all members of the community. They cannot be counted as part of a minyan (for davening) or mezuman (for bentsching), and one may not answer Amen after their Brochos. They cannot be given a Aliyah to the Torah or honoured with any other Mitzvah (see Shulchan Oruch, Yoreh Deah Ch. 334 Para 2). Similarly, one should not speak to them or have any business dealings with them.

His letter is typical of the harsh rhetoric reserved for Meshichists. The image of mainstream Lubavitch suffers greatly when Meshichist do things like that. They hate it and they go to great lengths to rid themselves of this image. They have even gone to court to wrest control of any building or institution their overt Meshchists have commandeered.

But is Rabbi Telsner really opposed to the idea of the Rebbe as the Messiah? I doubt it. Back in about 2004 he signed a document entitled Psak Din. [See pictures posted above and below.] His name is in the middle of the 2nd line. This is a document unequivocally declares as Halacha, that the Rebbe is Moshiach. Not was. Not will be. But is! …even though he had long ago died as of he date of that document. Lest anyone think this is a forgery see the photo above. That is Rabbi Telsner speaking in front of a banner obviously proclaiming the Rebbe as the King -Moshiach. (Note the word Melech in the banner behind him.)

A belief that a man who died will have a second coming to fulfill his task on earth and become the messiah - is anathema to Judaism.

I think this episode speaks for itself. Even the most anti Meshichists in Lubavitch – are in some way shape or form… Meshichist. They have yet to prove otherwise. All the denial – and all the Cherems in the world are not enough. They have to go the extra mile and just say these exact words:

The Rebbe was not, is not, and never will be Moshiach.

Until those words are uttered by their leaders, their views are suspect.

What Rabbi Telser was doing, I think, was setting the limits of the movement – along with doing damage control.

In his mind, believing the Rebbe – gone since 1994 – is the messiah is fine. It is publicly embarrassing behavior and/or open violation of clear halakha (Jewish law) that is problematic. Those two things may be one and the same, or they may be independent of each other. But either way, they cross Chabad's internal line between kosher and non-kosher behavior, at least for now. 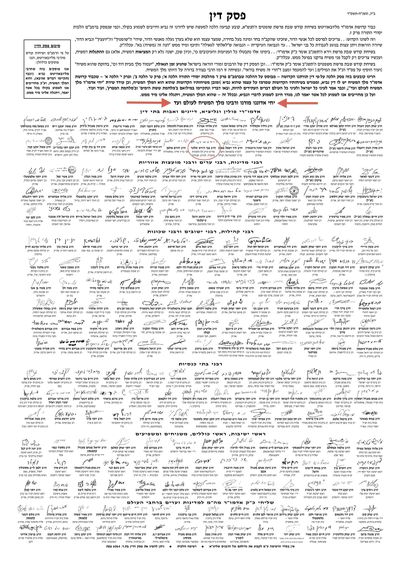 Chabad, Messianism, And An Excommunication

What are the accepted limits of Chabad messianism?
Failed messiah was established and run in 2004 by Mr. Shmarya (Scott)Rosenberg. The site was acquired by Diversified Holdings, Feb 2016.