The young man arrived in Israel a number of days ago, hoping kabbalist Rabbi David Batzri will be the shaliach who will return his life to what is was previously, before being invaded by this foreign entity.

HaGaon HaRav Mekubal David Batzri Shlita is expected to attempt to remove the dibuk from a Brazilian avreich as was reported in December 2009 by YWN-Israel.

After Rav Batzri Shlita attempted to assist the victim without success via Skype, Rav Kanievsky and others have referred the infected man to Rav Batzri, indicating he is the only hope, the only one who knows how to deal with such a situation. Rav Kanievsky Shlita wished the man a complete recovery, but indicated he is not capable of addressing his problem, pointing him in the direction of Rav Batzri.

The avreich from Brazil arrived in Eretz Yisrael a number of days ago, hoping the Mekubal will indeed be the shaliach who will return his life to what is was previously, before being invaded by this foreign entity.

This morning, the avreich visited with Gedolei Yisrael Shlita, including Maran Rav Elyashiv Shlita, Rav Leib Rabinowitz Shlita, the Ma’adnei HaShulchan, HaGaon HaTzaddik Rav Zundel Kroizer Shlita, HaGaon HaRav Kanievsky Shlita and HaGaon HaRav Shteinman Shlita, visits that he made in compliance with a request from Rav Batzri, ahead of the Wednesday night attempt to remove the dibuk from him.

The event will be held in Yeshivat HaShalom in the Makor Baruch area of Yerushalayim later Wednesday night.

Here is Yeshiva World's previous report on the 'dybbuk':

The Brazilian Jewish community is busy concerning itself with the dibuk according to a Kikar.net report. The bizarre report adds that HaRav Dovid Batzri, a known Mekubal, tried to remove the dibuk via Skype, without success, and now, the ‘infected’ avreich it is on its way to Israel.

The mysterious voice penetrated the Brazilian shul, “I smell many aveiros” and “the end is very near”, prompting mispalalim to look around for the source of the worrisome statements, but there was none to be found. When the voice was heard again, this time in Yiddish, shouting “Get out sinners!” it was recognizable, an avreich from the community. To the astonishment of the mispalalim, his lips were not moving, and those who know him insist he only knows the local language, not Yiddish, Hebrew or any of the other language that was heard emanating from his body. 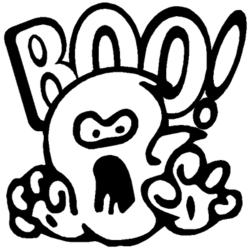 The gabbai approached him, hoping to halt the shouts, but he was greeted with Hebrew messages, “you look like you are in pain. It appears that you are worshiping avoda zara. I am truly happy to see you”.

The avreich’s abdomen exhibited movement, but not his lips. In the meantime, the ezras nashim emptied as the frightened women fled. The avreich was taken home. He has become the hot topic of conversation in the kehillah. When questioned, the avreich explains he simply does not remember any of the event described to him by members of the community.

His wife however heard him shouting in his sleep, this time in German, but she did not understand what he was saying. The question asked is that even if we assume he lost his mind, how did he learn the other languages?

Days have passed but the community is not calming down. The avreich appeared totally normal until that “cursed moment” when something overpowers him, each time in a different language. When the event ends, he does not remember a thing.

His wife has demanded a ‘get’ since she is simply afraid, but then it remains uncertain if he is capable of giving one in his current [temporary] state.

The community rav was notified, and he contacted HaGaon HaRav Chaim Kanievsky Shlita, with whom he maintains contact. Rav Chaim was briefed at length, leading to many questions, until he began probing seforim, ultimately announcing “this is a real dibuk”. Rav Chaim explained that the Chafetz Chaim and the Chazon Ish knew how to expel a dibuk, but in our generation, there is only one man, sending them to Maran HaGaon HaRav Aaron Leib Shteinman Shlita. “Tell him that by all the signs, this is a genuine dibuk. Perhaps he will know what to do,” Rav Chaim is quoted as saying.

Rav Shteinman also probed and questioned, as well as investigating in seforim, coming to the same conclusion, adding there is a man in Yerushalayim by the name of Rav Batzri who knows how to remove a dibuk, and “perhaps he will know what to do”.

After it was determined that it would be extremely difficult to bring the avreich to Eretz Yisrael, arrangements were made to attempt to remove the dibuk using Skype and a computer, permitting the rav and the avreich to see one another.

Rav Kanievsky was approached again, asked if perhaps he could recite or perform a tikun, but he declined, explaining he lacks the expertise, explaining the best he can do is to sincerely wish a total recovery. Family members continued to address R’ Chaim to assist, asking if the bring the avreich if he would be able to help. They began explaining the concepts of the modern electronic communications devices, but Rav Chaim stated “it will not do any good since he must be physically present to assist him”.

Rav Chaim explained that he can give the same bracha from here to Brazil as he can in person, but this is all he is capable of doing. The family however is working to bring the avreich here since R’ Chaim did state that one never knows with absolute certainty and perhaps, in front of the patient, a tikun may have an impact.

As of now, the avreich is going to come to Israel and the mekubalim led by HaRav Dovid Batzri Shlita will do what they can to free him from the dibuk.

NOTE: As written in the opening sentence of the above article, this story is a Kikar report. YWN has not been able to verify the story.

And now, here are the results of the exorcism:

There was a mechitza set up between the many who came to observe and the mekubalim headed by HaRav David Batzri Shlita, who was attempting to remove the dibuk from the Brazilian avreich in Jerusalem’s Yeshivat Shalom on Wednesday night.

“Get out Dibuk!” shouted the rabbonim as shofars were sounded in the background. “Tell us your name”.

Prior to the event, the avreich, who arrived from Brazil earlier in the week, visited a number of Gedolei Yisrael Shlita, including Jerusalem Tzaddik Rav Zundel Kroizer Shlita.

The mekubalim gathered in the ezras nashim of the shul, separated from the crowd by the mechitza that was closed to prevent seeing what was taking place, permitting observers to listen in, no more.

At one point, the dibuk appeared willing to leave the host, via an eye, but Rav Batzri shouted he does not have permission to harm the young man, ordering him to leave via the small toe of his left foot only, with causing any harm to the young man.

The mekubalim did everything they could to compel the dibuk to leave, but apparently, even the special tikunim recited were not enough to extract the foreign entity from the young avreich.

Witnesses report as the tzibur recited Shema and 13 Midos along with the mekubalim, two different distinct voices were heard from the young avreich.

Despite all the efforts, it appears Rav Batzri was unsuccessful in his efforts to remove the dibuk from the avreich.

Posted at 07:48 AM in Haredim, Israel, Sefardim | Permalink

The young man arrived in Israel a number of days ago, hoping kabbalist Rabbi David Batzri will be the shaliach who will return his life to what is was previously, before being invaded by this foreign entity.
Failed messiah was established and run in 2004 by Mr. Shmarya (Scott)Rosenberg. The site was acquired by Diversified Holdings, Feb 2016.