Sigmund Freud and his family was saved from Nazi persecution by a Nazi. After the war, Freud's family saved the Nazi. 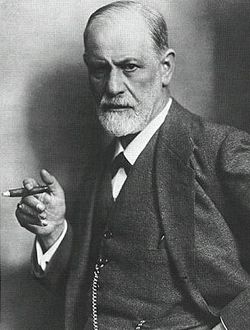 Sigmund Freud was saved from Nazi persecution by a Nazi who was taken with the famous psychoanalyst's academic contributions, The Times Online reported Sunday.

A new book, The Escape of Sigmund Freud, details the assistance Freud and his family received from Anton Sawerwald, the Nazi who had been charged with overseeing the Freud family properties.

Sawerwald was apparently a student of one of Freud's close friends and had an appreciation for the importance of Freud's work, and thus helped him and his family - including signing Freud's exit visa before his escape to London.

The story came to light due to the research of David Cohen, who authored the book. Cohen explains that after the war, it was Freud's daughter who saved Sawerwald following his arrest and trial. Sawerwald had been arrested by a US officer who was also Freud's nephew, Harry Freud.

According to the report, Freud's daughter wrote to Harry Freud and explained that without Sawerwald's help the family would have lost their lives. Sawerwald was released and lived until 1970.

Sawerwald helped the Freuds survive financial ruin by concealing secret bank accounts, the report added. Many of the books from Sigmund Freud's publishing business were smuggled by Sawerwald and an accomplice to the Austrian national library, where they were hidden. The books, Cohen is quoted in the report as writing, were the "root documents of psychoanalysis."

Posted at 09:04 AM in Antisemitism, History | Permalink

Sigmund Freud and his family was saved from Nazi persecution by a Nazi. After the war, Freud's family saved the Nazi.
Failed messiah was established and run in 2004 by Mr. Shmarya (Scott)Rosenberg. The site was acquired by Diversified Holdings, Feb 2016.