« 1500 Women Rally For Rubashkin | Main | Letter from London: The Unsavory Side Of Strict Conversions » 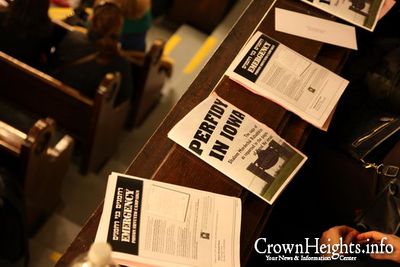 BOROUGH PARK, Brooklyn [CHI] — Hundreds of women and girls from all backgrounds gathered last night in Boro Park's Young Israel Beth-El Shul in a show of solidarity and support of Sholom Mordechai Rubashkin and the entire Rubashkin family.

Three buses left from Crown Heights and the rest flocked from the surrounding area.

The crowd heard words of Chizuk from the Shul's spiritual leader, Rabbi Moshe Snow, as well as from Rabbi Fischel Schechter and Rabbi Lipa Brennan.

Following the first part of the program, Mrs. Miriam Swerdlow served as emcee and introduced Mrs. Nissy Streicher who recited Kapitlach of Tehillim in the merit of Sholom M. and other incarcerated Jews, and then introduced Mrs. Roza Hindy Weiss, the daughter of Sholom M. In a speech filled with choked tears, Roza Hindy told the crowd of her past year of traveling from city to city in the hopes of raising the necessary funds for her father's legal defense. She recounted that she lived out of a large roller suitcase for months and dealt with many skeptics who served only to demoralize her.

Roza Hindy had big thanks for Rabbi Pinchos Lipschutz, whom she met in her travels and who contributed largely to making the event possible, for allowing his newspaper, the Yated- Ne’eman, to spread the true facts of case and raise the necessary awareness.

The evening concluded with a recording of Mrs. Leah Rubashkin, the wife of Sholom M., with a message to the crowd thanking them for their support. She unfortunately was not able to attend in person. 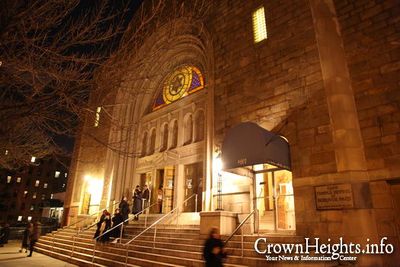 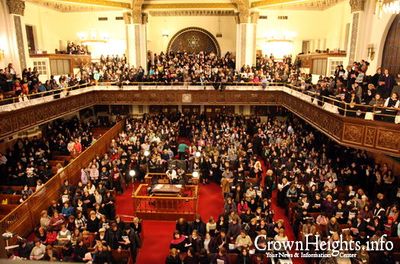