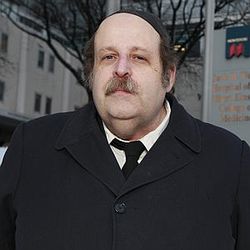 The cockroaches in one of Montefiore Medical Center's cafeterias were definitely not kosher.

But the Bronx hospital denies the charges of a food supervisor who has raised holy hell about the creepy crawlers, plus alleged nonkosher foods and other taboo practices in the kitchen at the Weiler Division.

The hospital fired Robert Frank, a mashgiach, or kosher-food supervisor, this month for badmouthing and "spreading false and/or misleading information" about the cafeteria.

Frank, one of three mashgiachs at the Eastchester Road center, claims he was booted for doing his $18.55-an-hour job.

"Nonkosher food comes in all the time and is prepared by the cooks and served to unsuspecting patients and patrons," Frank wrote Nov. 29 to Rabbi Yaakov Luban, his liaison at the Orthodox Union -- a Jewish group hired by the hospital to certify the kitchen as kosher.

Posted at 09:31 AM in Kosher Business?, Kosher Scandal | Permalink