The fugitive pedophile, still waiting in Israel for the High Court to decide on his extradition to Brooklyn, plays an outsized role in California. 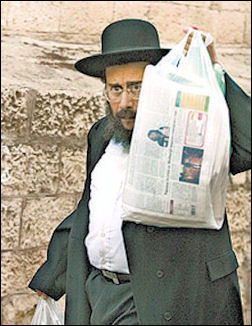 She began the year in the running to be the next U.S. EPA director. She ended the year finally being forced to admit that she had deceived air board members by refusing to tell them about the bizarre scandal involving an air board scientist who lied about his academic background before the members approved controversial new rules based on the scientist’s work.

The scientist, a fellow named Hien Tran, claimed to have a Ph.D. in statistics from UC Davis. When that was shown to be a lie, he provided the air board with a mail-order Ph.D. from a sham university affiliated with fugitive pedophile Avrohom Mondrowitz.

The absurd kicker to this story: Tran still works for the air board. In Mary Nichols’ air board, you see, your honesty and your academic qualifications don’t matter – just your willingness to provide research that gives Nichols cover to impose ever-more-sweeping rules burdening the economy, whatever the cost in jobs and human suffering.

The fugitive pedophile, still waiting in Israel for the High Court to decide on his extradition to Brooklyn, plays an outsized role in California.
Failed messiah was established and run in 2004 by Mr. Shmarya (Scott)Rosenberg. The site was acquired by Diversified Holdings, Feb 2016.