« Brooklyn Hatan Who Jumped To His Death 2 Days After Wedding Did So Because Of Sex Abuse Suffered As A Child, NY Post Says | Main | South Dakota Prison Officials Strip Rubashkin, Deny Him Kosher Food And Religious Items, Supporters Claim »

Alleged terrorist pretended to be Jewish and had book on Jewish prayer in his bag on arrest. 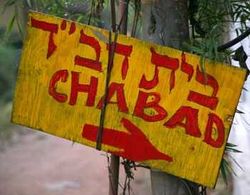 The American and Indian authorities are questioning an American citizen of Pakistani descent on suspicion of involvement in last year's Mumbai terror attacks. Indian media reported on Sunday that the suspect pretended to be Jewish, stayed at the Chabad center and prepared the ground for the lethal attack.

David Coleman Headly (49) was arrested last month at Chicago's O'Hare Airport while on his way to Philadelphia, and from there to Pakistan. The American Federal Bureau of Investigations suspected he was involved in a plot to carry out an attack in Denmark following the publication of the controversial Prophet Muhammad caricatures.

A deeper look, however, revealed that he was also involved in the Mumbai attacks in November 2008, in which at least 173 people were killed.

Since Headley's arrest, the US has been investigating his actions along with the Indian authorities. Over the weekend Headley's role became clear: Indian security sources reported that he was the one who scanned the Chabad center for the Pakistani terror group Lashkar-e-Taiba, which is believed to be responsible for the attacks.

Head of the Indian National Investigation Agency (NIA) raided a number of locations in Mumbai on Saturday in search of incriminating evidence against Headley. Indian defense ministry sources told the Chinese news agency Xinhua that its investigators found that Headly had visited all ten locations that were attacked last November.

According to the report, Headley visited the Chabad center in Mumbai in July 2008 – four months before the attack – and presented himself as a Jew in order to stay at the place. Prior to the Chabad center, he stayed at the Taj Mahal Hotel, which was one of the central targets of the terror attack.

"It remains unclear how he entered the building (Chabad center) while pretending to be a Jew," an Indian police source told the Calcutta Telegraph. "We are looking into the matter and are trying to find out if anyone in the city helped him. The American FBI found a book in his bag in Chicago titled 'To Pray as a Jew'. It seems he was meticulously preparing himself to behave like a Jew."

Headley, a Pakistani who immigrated to the United States, changed his name several years ago from Dawood Jilani. Between 2006 and 2009 he ran an immigration help center in Mumbai, but investigators believe he was actually an operative in a widespread terror network that spanned seven Indian cities, including Mumbai, Ahmadabad and New Delhi.

The American authorities informed the Indians of Headley's arrest in Chicago, and Mumbai police also arrested two local tour guides suspected of assisting him in the city.

Indian investigators raided Headley's help center offices and spoke with the center's employees. Officially, the center is meant to help immigrants obtain entry visas to the US and Canada, but investigators are looking into connections he made with other bodies in the city during his stay.

Alleged terrorist pretended to be Jewish and had book on Jewish prayer in his bag on arrest.
Failed messiah was established and run in 2004 by Mr. Shmarya (Scott)Rosenberg. The site was acquired by Diversified Holdings, Feb 2016.