Former Sefardic Chief Rabbi has been on life support for the past several weeks. 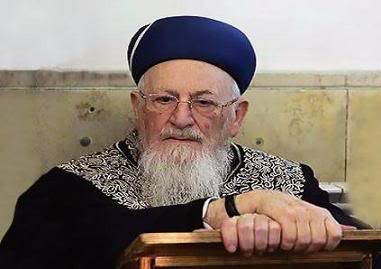 Talmidim of the Rav circulated a message on Thursday called on one-another to increase tefillos [prayers] and [the saying of] tehillim [psalms] on the Rav’s behalf. Tefillos took place in the Rav’s shul on Reinis Street in Kiryat Moshe, Jerusalem. HaGaon HaRav Reuven Elbaz Shlita was expected to take part in Thursday’s atzeres which began at 2:00pm.

Former Sefardic Chief Rabbi has been on life support for the past several weeks.
Failed messiah was established and run in 2004 by Mr. Shmarya (Scott)Rosenberg. The site was acquired by Diversified Holdings, Feb 2016.