« Haredi MK Demands Affirmative Action For Haredim, Denies Rabbis Are In Any Way To Blame For Unemployment | Main | Letter from London: The Chief Rabbi's Self-Inflicted Wound »

Unless a last-minute solution is found, a massive haredi demonstration will take place Saturday morning in Jerusalem.

Haredim to demonstrate against Intel
By MATTHEW WAGNER • Jerusalem Post

Unless a last-minute solution is found, a massive haredi demonstration will take place Saturday morning in Jerusalem against Intel's desecration of the Shabbat.

Leading rabbinic authorities from all the major haredi groups are expected to call on their faithful to converge on Intel's Jerusalem-based International Die Press (IDPj) to protest the computer chip producer's intention to operate its factory on Shabbat.

At the same time, last minute attempts are being made to prevent the demonstrations. MK Uri Maklev (UTJ) met Thursday with Intel Israel's General Manager Maxine Fassberg in the Knesset together with Knesset Speaker Reuven Rivlin.

Maklev's spokesman said after the meeting that while he appreciated the importance of bringing employment to Jerusalem, protecting the sacred Shabbat was more important.

"Fassberg, meanwhile, apparently puts the value of employment and production before the Shabbat," said the spokesman, who added that Fassberg promised to look into the possibility of operating the Jerusalem factory with non-Jewish employees.

Maklev was expected to meet with leading rabbinical authorities to discuss how best to respond to Fassberg's suggestions.

Maklev's spokesman said in response that Intel was breaking the Shabbat Day of Rest Law by employing Jews on Shabbat.

"Intel has not received a permit to work on Shabbat," added Maklev's spokesman.

Another front opens in the fight for Shabbat. Leading ultra-Orthodox rabbis are calling on the public to participate in a mass rally to be held on Saturday in the Har Hotzvim industrial area in Jerusalem.

The haredim are protesting against Intel Corp's plan to employ dozens of workers on weekends in its plant, which is adjacent to neighborhoods with large concentrations of haredi residents. 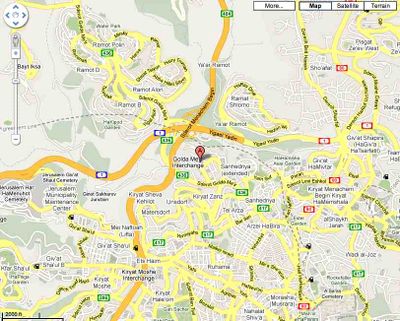 Thousands are expected to take part in the protest as a result of a rare collaboration between leaders of the Eda Haredit and mainstream ultra-Orthodox rabbis.

The campaign is being led by Knesset Member Uri Maklev (United Torah Judaism) and "the rabbis' committee for the sanctity of Shabbat" headed by Rabbi Yosef Elyashiv and the Gerrer Rebbe.

In contrast, the protest against the opening of the Karta parking lot on Saturdays is organized by members of the Eda Haredit alone and has seen a small number of participants in recent weeks.

Haredi newspapers Yated Ne'eman and Hamodia have also joined the campaign and reported Thursday of a "severe violation of Shabbat."

They claimed that Intel is ignoring "faithful Judaism's decisive demand" by insisting on opening its plant during Saturdays, which amounts to "crude trampling of the sanctity of Shabbat."

It was further reported that negotiations between MK Maklev and Intel officials failed to achieve results.

Hamodia also reported that "faithful Judasim" would not rest until the "shame" is lifted and stated that thousands of the ultra-Orthodox community of all factions would not let Shabbat be desecrated.

Unless a last-minute solution is found, a massive haredi demonstration will take place Saturday morning in Jerusalem.
Failed messiah was established and run in 2004 by Mr. Shmarya (Scott)Rosenberg. The site was acquired by Diversified Holdings, Feb 2016.