« Brooklyn Hatan Kills Himself 2 Days After Wedding | Main | Who Is a Jew? Court Ruling in Britain Raises Question »

Arnold Zaler took nearly $2.5 million from people who trusted him, and ended up stealing their retirement savings.

A kosher meat salesman who left a trail of victims on two continents was sentenced to 15 years in prison Friday in a decision cheered by those who were fooled by the smooth-talking hot-dog salesman. 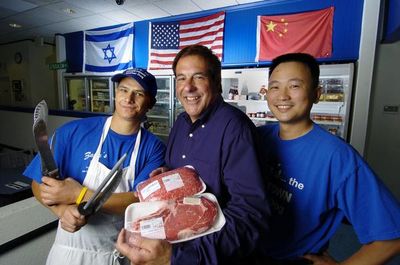 Arnold Zaler, 60, lured victims mostly from his own Jewish community, promising he would pay them back for their investments in his business.

Instead, he took nearly $2.5 million from people who trusted him, and ended up stealing their retirement savings. One woman was forced to sell her home to make up the shortfall.

Zaler and his attorney, Mitchell Baker, tried to convince Senior U.S. District Judge John L. Kane that Zaler has a mental illness. Zaler also apologized to his victims and his family.

"What I have learned is I obviously have failed and there is something wrong with me," Zaler told the judge. "I tried to be a big shot, a leader. I wanted to be a leader and look what I have done."

Kane disregarded the eight-year sentence recommended by prosecutors and probation officers and nearly doubled Zaler's prison term because he has a history of conning people.

"He is a hard-core recidivist, and sentences of lesser time imposed on him in the past have utterly failed at preventing further crimes of fraud and deception," Kane said. "He deserves a sentence where he is too old to offend again."

Otti Seiden, a Denver victim who lost his retirement savings to Zaler, said he is satisfied with the sentence.

"I have not been out to dinner, breakfast or lunch in months," Seiden said. "There is no traveling because my retirement is blown." 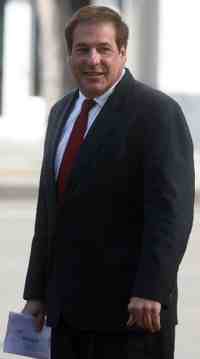 Seiden called Zaler a "smooth talker" who always promised to pay money back, but left victims in Colorado, California, Arizona and Israel.

Several people who say they were conned by Zaler came to watch his sentencing hearing, but did not want their names associated with the case.

"There are at least eight people that did not get into the victim list for restitution," Seiden said. "That had to be another $1 million."

Zaler owned Zaler's Kosher Meats and had contracts to operate concession stands at the Pepsi Center and Invesco Field at Mile High.

Zaler told investors he needed funds to expand his business, and he showed them false and forged purchase orders from both sports venues for thousands of hot dogs in order to secure the loans.

Ryan Thomas Smith, a former corporate salesman for Kroenke Sports Enterprises, the company that operates the Pepsi Center, helped Zaler with the fraud by signing fake letters and confirming orders that did not exist to investors.

Smith was fired from Kroenke and pleaded guilty to bank fraud in federal court last year. He was sentenced to time served and ordered to pay $2 million in restitution.

Zaler also forged other people's signatures on documents to advance the scheme.

He used the signature of Steve Hall, an employee of Centerplate, the company that operated concession stands at Invesco, court records show.

Hall contacted the FBI in December 2006 and told agents that Zaler was asking him to create a false purchase order. At the direction of the FBI, Hall pretended to go along with Zaler's scheme.

In February 2008, Zaler was indicted on more than 30 counts related to the hot-dog scam.

A judge ordered Zaler to give up his passport and told him he could not leave Colorado.

But Zaler used an Israeli travel document to leave the country in March 2008. He returned to the U.S. in February after negotiating a surrender with federal agents.

In 1997, Zaler had been convicted of similar crimes in Arizona. He served five years of a 14-year fraud sentence.

Not the "Madoff of Denver"

"Those two cases, like the present one, grew out of schemes to defraud several victims and involved professional sports teams and fraudulent purchase orders," prosecutor Thomas O'Rourke wrote in court documents.

Defense lawyer Baker argued that Zaler's dishonesty was motivated by a need to keep his business afloat, and said he is not the "Bernie Madoff of Denver."

"This scheme had no chance of success and was never going to make him any money," Baker said.

But the judge was not buying it.

"That is a tale that is told more often than not by fraudsters and it means nothing," Kane said.

Posted at 03:38 AM in Crime, Litigation, etc., Kosher Scandal | Permalink

Arnold Zaler took nearly $2.5 million from people who trusted him, and ended up stealing their retirement savings.
Failed messiah was established and run in 2004 by Mr. Shmarya (Scott)Rosenberg. The site was acquired by Diversified Holdings, Feb 2016.