Jack Teitel, a 37-year-old ultra-Orthodox Jewish West Bank settler, was behind the killing of two Arabs, the targeting of a peace activist and an attack on a breakaway Jewish sect. He also advocated attacks on gays. 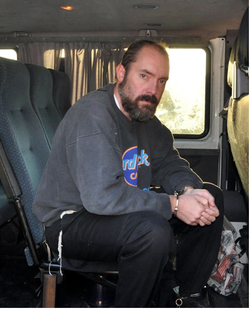 Police and Shin Bet security forces say Jack Teitel, a 37-year-old ultra-Orthodox Jewish West Bank settler, was behind the killing of two Arabs, the targeting of a peace activist and an attack on a breakaway Jewish sect over a period of 12 years.

Authorities originally suspected an extremist Jewish underground for some of the attacks. But acquaintances described Teitel, a father of four, as a lone wolf, and authorities say he acted alone.

Jerusalem police commander Aharon Franco said Teitel immigrated to Israel from Florida, and that he grew up on U.S. military bases as the son of a dentist serving in the Marines.

Franco said a joint police and Shin Bet operation nabbed Teitel earlier this month and he confessed to the crimes and re-enacted them. Police also displayed photos of a large weapons cache seized from the suspect's home.

"He is like a serial killer. This guy was a Jewish terrorist who targeted different types of people," said police spokesman Micky Rosenfeld. "He was deeply involved in terrorism in all different levels."

Results of the police investigation will be turned over to the state prosecutor to prepare an indictment.

In his most noted attack, Teitel is accused of sending a booby-trapped gift basket in March 2008 to the home of a family of American messianic Jews in Israel, who believe that Jesus is the Messiah but still consider themselves Jewish.

"We are horrified by the fact that there are elements of Israeli society, Jews who feel justified in taking the lives of other Jews because of their beliefs," said Ami's mother, Leah Ortiz. "We hope and pray that justice will be done in this case."

Teitel is also accused of carrying out a pipe bomb attack in September 2008 that wounded a prominent Israeli professor and peace activist, Zeev Sternhell, an expert on the history of fascism who had spoken out against West Bank settlements.

Responding to news of the arrest, Sternhell said, "I hope the system deals with this terrorist as it deals with all other terrorists, Jewish and Arab alike."

Police also accused Teitel of killing a Palestinian taxi driver and a Palestinian farmer in 1997, and of stabbing and wounding an Arab in Jerusalem whom he suspected of making sexual advances. He also attempted to bomb police stations and patrols because they provided security for gay pride parades.

Such hate crimes are relatively rare in Israel. The most notable Israeli hate criminals were Ami Popper, who killed seven Palestinian laborers at an Israeli bus stop in 1990, and Yona Avrushmi, who threw a grenade into a peace rally in 1983, killing a participant.

Teitel is not suspected of being responsible for the shooting attack against a gay youth center in Tel Aviv in August, in which two people were killed, though police said he confessed to that attack as well.

Teitel arrived in Israel from the U.S. a decade ago and has lived in the West Bank settlement of Shvut Rachel, north of Jerusalem, for the past six years, his brother-in-law Moshe Avitan said.

Avitan said Teitel was a loner who spoke no Hebrew and rarely expressed political opinions. He worked from home in the computer field and has a degree in business.

Ha'aretz has background on Teitel: 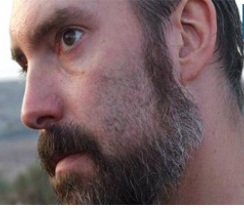 Yaakov Teitel, who was arrested last month for suspected murder and a string of alleged murder attempts, was born in Florida in November 1972, the son of Mordehai (Mark) and Devorah (Dianne), American ultra-Orthodox Jews.

His father was a dentist, who served a stint in the U.S. Navy during the Vietnam War, and at some point was even placed in forward fighting positions. His mother worked as a medical secretary.

When Teitel was a teenager, his family moved to Norfolk, Virginia. He later received a bachelor's degree in psychology.

Teitel began making regular trips to Israel in the mid-1990s using a tourist visa, around the time the settler "hill op youth" began to form in the West Bank.

The movement was begun by religious youth who had grown tired of the conventional and "bourgeoisie" settlements and began to erect farms on hilltops, mostly in the vicinity of the West Bank city of Hebron. Teitel began to wander around the Hebron hilltops and became enamored with the farmer's lifestyle.

August 1997 marked Teitel's first run-in with the law, after he was arrested by the Shin Bet on suspicion of shooting Palestinian Isa Machmara, a Palestinian resident to death during a walk along the road near the settlement Carmel.

He said during his investigation that he came to Israel precisely to carry out attacks against Palestinians as revenge for suicide bombings.

In a conversation with Haaretz, Teitel's former lawyer Baruch Ben Yosef, said "he was arrested and then shortly after he was released. He was the only one arrested in this case."

His father Mark recalled that "he was in Israel, and he had some issue with the Shin Bet, but I'm not well-informed in the details as I was abroad at the time."

Following his release, Tietler returned to the United States. Hebron case 97/1626 was subsequently closed after 6 years, due to lack of evidence.

After returning to the U.S., Tietel took a computer course with Microsoft and began to work as a computer technician. In 1999 he returned to Israel, moving by himself to the settlement Shvut Rachel in the northern West Bank, officially immigrating to Israel in December of 2000.

According to his former attorney, Ben Yosef, Tietel was considering the option of starting a farm in the Negev. Ben Yosef even traveled with Teitel to asses a potential location, but the venture never materialized.

After a year his parents and his younger sister also immigrated to Israel and settled in the ultra-Orthodox city, Beitar Illit, west of the Gush Etzion settlement bloc.

In 2002, Teitel met Rivka Pepperman, a dance teacher from Manchester, England and the two got married in 2003. The couple has four children; the eldest is a 5-and-a-half year old girl, and the youngest is 3 months old.

While Teitel had been employed in the computer industry, and was apparently in possession of a large amount of related equipment, he did not work in any specific firm and, according to his wife, had recently been having trouble inding work.

Although the military summoned Teitel for preliminary checks, he was never drafted as a result of his advanced age, medical history and familial state.

Teitel was always considered an outcast in Shvut Rachel, as a result of his limited proficiency in Hebrew and the family's tendency to stay indoors. Neighbors said that Teitel was hardly ever seen around the settlement, and that he didn't take regular part in services in the local synagogue.

Moshe Avitan, Teitel's brother-in-law, who also resides in Shvut Rachel, told Haaretz that the family "kept to their own. I was never a dinner guest at their house. I hardly know him, since he didn't speak Hebrew very well."

Other residents of the settlement agreed that Teitel was a little-known, low-key introvert, unknown also to local far rightists and within the hilltop movement. According to a local source, Teitel "was somewhat active in the hilltop region, and people could recognize his face, but nothing beyond that."

Teitel did have, however, two acquaintances in Shvut Rachel: Avraham Richland, a 22-year-old former Kahanist, and fellow American native Yosef Eshpinoza. Eshpinoza, 50, had befriended Teitel after the latter aided him when he had fallen ill.

In 2005, Richland was arrested, and eventually released by police after it was discovered he had consorted with Eden Natan-Zada, an Israel Defense Forces deserter who opened fire in a bus in the northern Israeli town of Shfaram in 2005, murdering four Israeli Arabs.

Richland reportedly opted out of the Kahane-influenced circles after getting married, shifting his focus on his job as a mover ,as well as on his new family. According to Shvut Rachel residents, Teitel also instructed Richland in martial arts.

In 2006, Teitel allegedly returned to terrorist activity. Why he chose to do so, and what his motives were are two questions that still have no clear answer. The mystery behind Teitel's motives is most significant, considering the versatility of his targets.

Next to the explosive device Teitel allegedly placed near left-wing Prof. Ze'ev Sternhell's home was a note detailing the steps the "arch-villain" was taking to erase the laws of the Torah and "to kill your loved ones."

The State of Israel, the note said, "was committed to eradicating the Jewish settlements in the West Bank," and intent on "physically and sexually abusing our women and children while avoiding punishment."

The State of Israel, Teitel said, was also guilty of "freeing hundreds of Palestinian terrorists and training them to return and harm our children," as well as "encouraging and funding artificial fertilizations, causing the murders of 25,000 Jewish babies every year."

Finally, the paper said the state had been "supporting Christian missionaries whose sole aim is to make us convert from our religion," as well as "physically and emotionally destroying our brothers in Gush Katif."

However, Teitel's acquaintances said they had never heard him utter sentiments such as those expressed in the note found at Sternhell's home.
Teitel's wife told Haaretz that "he was not involved with anti-gay activity or anything of this sort."

Ben-Yosef, a regular at anti-gay demonstrations, said he had never seen Teitel at such events, and had never heard him express similar opinions.

Far-rightists describe Teitel's actions as a great mystery ? a quiet and introverted man, who never let on into what was inside.

A member of the family told Haaretz that Rebecca did not believe her husband was guilty, and did not think he was capable of committing the acts attributed to him.

Jack Teitel, a 37-year-old ultra-Orthodox Jewish West Bank settler, was behind the killing of two Arabs, the targeting of a peace activist and an attack on a breakaway Jewish sect. He also advocated attacks on gays.
Failed messiah was established and run in 2004 by Mr. Shmarya (Scott)Rosenberg. The site was acquired by Diversified Holdings, Feb 2016.