« Should Rubashkin Get Bail? | Main | Rubashkin Bail Hearing Over »

A wealthy rabbi financed a drug dealing business and offered cocaine to girls in exchange for sex, a court has been told. 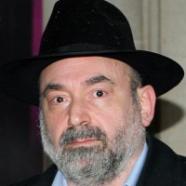 Rabbi Baruch Chalomish, 54, of Salford, rented an apartment where he could "relax and have a party", Manchester Crown Court heard.

The rabbi, of Upper Park Road, Salford, admits two counts of possession of cocaine but denies intent to supply.

When police raided the apartment, and his home in an area of Salford heavily populated with Orthodox Jews, they discovered 101 grams (3.6oz) of cocaine and more than £17,000 in cash.

Prosecutor Michael Goldwater also told the jury of five men and seven women that Chalomish's business partner, Nasir Abbas, 54, had failed to turn up for the trial and is sought by police.

A rabbi set up in business as a drug dealer and lavished his supplies of cocaine on young prostitutes at parties, a jury was told today.

Rabbi Baruch Chalomish, 54, bearded and wearing a trilby hat, shared the dock at Manchester Crown Court with an interpreter who occasionally translated the barristers’ words into Hebrew.

He was said by the prosecution to be a wealthy man who took up with Nasir Abbas, also 54, a convicted dealer, who had the 'know-how’ and the contacts in the drug trade. The rabbi was the financier in the operation.

They set up their “commercial cocaine supply operation” in a hotel service flat in Shude Hill, Manchester, where, it is alleged, Rabbi Chalomish liked to dispense the drug in return for “sexual favours”.

Rabbi Chalomish, a part of Greater Manchester’s Orthodox Jewish community, denies two charges of supplying cocaine but admits two counts of possession. Mr Abbas, who did not turn up for the trial, faces similar charges of possessing the Class A controlled drug with intent to supply.

When police raided the service apartment in January earlier this year they found evidence of a substantial drugs operation including bottles and bags containing the drug and paraphenalia used to cut it down for sale, cutting agents, rolled-up £20 notes, snap bags and credit cards.

Michael Goldwater, opening for the prosecution, told the jury that police found a set of digital scales in a canvas bag in the kitchen that was used for weighing the drugs.

He suggested that the discovery of the drug in a highly pure state was important. Most cocaine is sold on the streets with a purity of around 28 per cent or less.

“What you might find significant is some of the recovered cocaine is between 65 and 82 per cent pure. That would normally be cut down with harmless powder to achieve the desired level of purity in which cocaine is normally sold.”

Similar items were found in a search of the rabbi’s home in the centre of Salford’s Orthodox Jewish community. There were contaminated spoons and a rolled-up £5 note, pots and tubs of cocaine, a carrier bag containing benzocaine used as a cutting agent and quantities of cash.

Altogether police recovered more than 100 grammes of cocaine from both premises worth about £6,700 in street sales.

Mr Abbas told police after his arrest that the rabbi gave him the money to rent the apartment adding: “He wanted to relax and have a party in the flat.