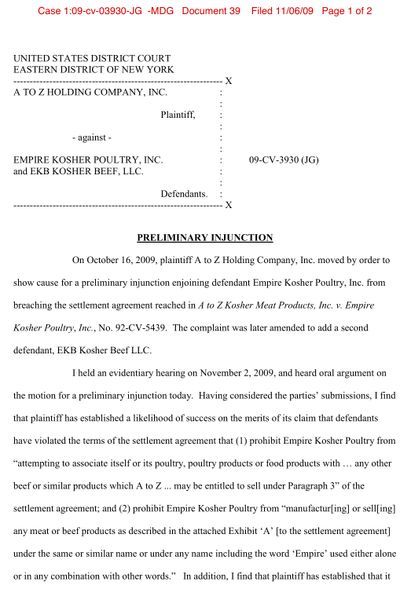 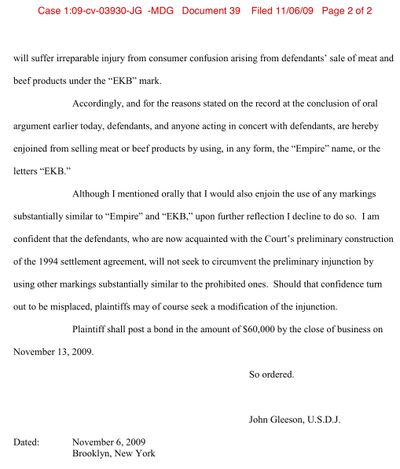 I spoke with Empire's spokesman Elie Rosenfeld early this afternoon.

He told me beef production was shut down by a court order due to a trademark dispute with a non-glatt deli company, Empire National Meats, based in Williamsburg, Brooklyn.

Empire produced beef under the legal name EKB Kosher Beef, LLC. EKB is a sister company of Empire Kosher. EKB did not use the name Empire on the beef it produced. Even so, it was  shut down by court order when Empire National sought relief in court.

No word yet on EKB Beef's response.

No one answered the phone at Empire National's offices this afternoon.

In the first amended complaint posted in its entirety as a PDF file below, Empire National concludes this way:

The plot does thicken.

1994 Agreement Between Empire National and Empire: