« Chabad Leader Contradicts Himself About Rubashkin Plea Deal | Main | IDF Chief Rabbi: Soldiers Who Show Mercy To The Enemy Will Be "Damned" »

"My heart goes out to the community of Postville." 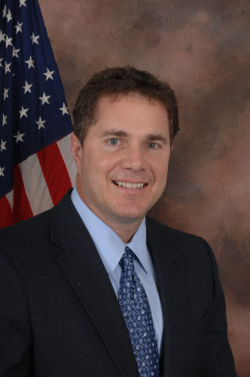 In a statement released Friday, Braley says the conviction Thursday of Sholom Rubashkin (ROO'-bahsh-kin) on 86 of 91 fraud counts allows the town of Postville to finally see some closure. He also calls it an important step forward in the effort to fix the nation's Immigration system.

A May 2008 raid at the Agriprocessors plant in Postville led to the arrest of 389 illegal immigrants. The plant's closing and now limited operation has devastated the town's economy.

Braley says the federal government cannot allow employers to break the law and take advantage of cheap labor. The Democrat adds justice has been served, and his "heart goes out to the community of Postville."

"My heart goes out to the community of Postville."
Failed messiah was established and run in 2004 by Mr. Shmarya (Scott)Rosenberg. The site was acquired by Diversified Holdings, Feb 2016.