New Scam May Have Taken Haredim For $100 Million

Major Chabad center carries the name of disgraced alleged fraudster, who is now said to be cooperating with feds. 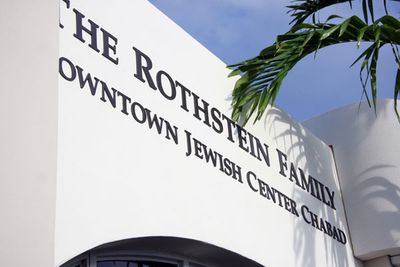 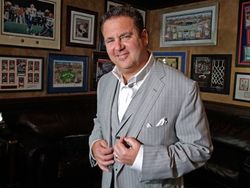 Madoff lured Jewish friends at the Palm Beach Country Club to be investors in his Ponzi scheme, and when his fraud collapsed, Jewish charites lost hundreds of millions of dollars. It's not yet clear how Rothstein's scandal will impact Jewish investors -- although Yeshiva World News is buzzing with rumors that the Orthodox community in Brooklyn imay have lost millions. 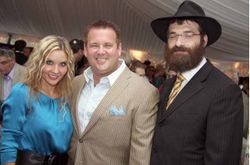 One thing is obvious: Rothstein's imprint on the Fort Lauderdale Jewish community is indelible, and very visible. The chabad center on Broward Boulevard bears his name -- The Rothstein Family Downtown Jewish Center Chabad.

​Rothstein, who has referred to himself as the "Jewish Avenger," was clearly a generous contributor to the Orthodox chabad. He's even featured in photos of the chabad's grand opening party.

But he's not the kind of donor people are eager to embrace at the moment. When the Juice called the chabad's Rabbi Schneur Kaplan to inquire if Rothstein's name would be removed from the building, the answer was short and polite: "It would be inappropriate for me to make any comments at this time," Kaplan said.

Yeshiva World notes the story is:

[S]ending shock waves through the Frum community of Flatbush,  involves approximately 100 million dollars - invested by prominent baalei tzedaka - that were allegedly lost in a scam with a lawyer living in Florida.

Here are the latest details:

Scott Rothstein, the flashy Fort Lauderdale lawyer who investors say fleeced them out of hundreds of millions of dollars and whose partners say wiped out his law firm's finances, is cooperating with federal investigators and identifying others who may be involved in his alleged scam, sources familiar with the probe said Wednesday. 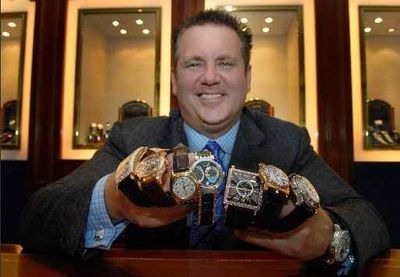 Rothstein and his defense attorney, Marc Nurik -- seeking to cooperate with the feds -- disclosed details of his alleged Ponzi scheme to prosecutors, FBI agents and IRS agents at the U.S. attorney's office in Fort Lauderdale, the sources said.

Investigators are not only looking into allegations that Rothstein bilked investors by selling them "fabricated" civil settlements, but also into accusations that he stole from his law firm's financial operations and from clients' trust accounts, the sources said.

Rothstein had secreted away millions of dollars into foreign bank accounts in recent months as he prepared for the possibility of fleeing, the sources said. It's unclear how much -- or if any -- of that money could be available to repay possible victims.

Rothstein, 47, had left for Morocco on Friday as news of his alleged investment scheme started leaking around Broward County. He came back mid-day Tuesday to face a federal investigation and the loss of his Las Olas Boulevard law firm, Rothstein Ronsenfeldt Adler. The once high-flying firm, formed in 2002, has only $500,000 left in its bank account, a lawyer said.

On Tuesday, a Broward County judge appointed an independent receiver to examine the financial records of Rothstein's 70-attorney law firm.

Rothstein apparently drained vast sums of money from the firm, his partners say.

``I believe there are about $500,000 in operating funds -- maybe slightly more,'' Grant Smith, an attorney at the firm, said at a court hearing. He said the firm set up new bank accounts Tuesday for funds that started to come in over the weekend.

Most of the firm's lawyers have agreed to forgo their paychecks due Nov. 13.

On Oct. 31, Rothstein sent his law partners a text message that indicated he was contemplating suicide, sunsentinel.com reported Tuesday night.

Rothstein mused that he had three options -- kill himself, live life ``on the lam as a fugitive'' or go to prison and risk being killed there because he had made enemies, said the law firm's co-founder, Stuart Rosenfeldt, according to the website. Rosenfeldt talked to Rothstein, urging him to ``choose life.''

In court papers, the firm has accused Rothstein of secretly running a fraudulent investment scheme that sold falsified structured settlements from employment discrimination and whistle-blower cases to investors who were promised lucrative returns for fronting the payouts.

Rothstein's investors had $500 million deposited in a Canadian bank on Oct. 23 and that money was gone seven days later, said William Scherer, an attorney representing 12 investors he says lost about $80 million. Among them: Rothstein's neighbor, businessman Doug Vonallmen.

``I'm not surprised at those numbers given what I know about the case so far,'' Scherer said.

Rothstein and his attorney could not be reached for comment Tuesday.

Rothstein and his firm gave millions to politicians and charities across South Florida. Scherer said that Rothstein met some potential investors through the charities and gala functions and was viewed as a talented and charismatic attorney.

``We all wondered where the money came from,'' he said of the donations.

Some investors said they intend to sue Rothstein and the law firm.

Rosenfeldt and other law partners said they knew nothing of Rothstein's alleged investment scheme.

Streitfeld also directed the firm to set aside $50,000 for the receiver and accounting staff.

Rosenfeldt will become the CEO and oversee legal matters.

Officially, Rothstein is now out of the firm.

``He has in my view for now relinquished his authority with regard to that law firm,'' Streitfeld said.

Although the judge had suggested Monday that Rosenfeldt should be appointed the receiver, on Tuesday he concluded the firm needed independent oversight. The law firm's lawyer, former U.S. attorney Kendall Coffey, agreed.

Streitfeld raised concerns about Rosenfeldt's statements that although he was a 50 percent owner of the law firm, ``he is clueless'' about its finances. Rosenfeldt did not respond.

Among Rothstein's biggest investors: a private Fort Lauderdale-based investment firm called Banyon, which claims it has lost hundreds of millions of dollars.

The firm, run by George Levin, declined to comment about Rothstein.

But a company representative, Jesse Derris, said Banyon's lawyers contacted the U.S. attorney's office in South Florida last weekend after ``realizing something suspicious'' had occurred with their investments with Rothstein.

A source close to one investor said that Rothstein kept the ``structured settlement'' investments in trust accounts at Toronto Dominion Bank.

Jeffrey Sonn, a Fort Lauderdale attorney representing investors, said in an interview that he has talked to other lawyers who claim investors in Morocco gave Rothstein $85 million.

Sonn said that some investors were being paid commissions of up to 20 percent to lure other investors into the deal.

Sonn, who reviewed documents associated with Rothstein's investment fund, said some were written on the law firm's letterhead. The money was wired to and from a Canadian bank.

Sonn added that Rothstein ran his investment operation with one or two people but he did not know if they had a relationship with the law firm.

Also Tuesday, politicians and political parties that received contributions from Rothstein started giving back some or all of the donations.

Here is the amended complaint from Rothstein's law partners as a PDF file:

New Scam May Have Taken Haredim For $100 Million

Major Chabad center carries the name of disgraced alleged fraudster, who is now said to be cooperating with feds.