« After Exposé, Israeli Health Funds Cut Charges For Non-Haredim To Match Discounts Previously Given To Haredim Only | Main | Haredi MK Demands Affirmative Action For Haredim, Denies Rabbis Are In Any Way To Blame For Unemployment »

Alleged Haredi Terrorist: God Is Pleased With What I've Done

"It was a pleasure and an honor to serve my God. I have no regret and no doubt that God is pleased." 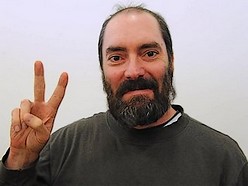 "It was a pleasure and an honor to serve my God. I have no regret and no doubt that God is pleased."

Teitel also denied recent reports that he had operated as an undercover Shin Bet agent.

Teitel, 37, born in Florida but a resident of the northern West Bank settlement of Shvut Rahel since 1997, was arrested last month for suspected murder and for his alleged role in a string of attempted murder plots, according to details of an investigation revealed after a gag order on the case was lifted.

He was arrested on October 7 and police said he later confessed to most of the allegations against him.

The indictment charges that Teitel smuggled a disassembled firearm into Israel from the United States in 1997 by placing it in a video player, and used that gun to murder taxi driver Samir Akram Balbisi in June of that year.

According to the indictment, in August 2007, Teitel murdered Issa Jabrin, a Palestinian shepherd from Susya, after which he lfed Israel for three years.

The indictment also lists Teitel's efforts for more than a decade to harm Arabs, gays and lesbians, leftists, police officers and messianic Jews.

Teitel had admitted to, among other offences, sending a booby-trapped Purim gift basket to a family of messianic Jews in Ariel, which seriously wounded their teenage son, Ami Ortiz, and planting a pipe bomb at the Jerusalem residence of Prof. Ze'ev Sternhell, who was lightly wounded.

At this stage, however, Teitel will not be charged with the murder of two policemen in the Jordan Valley eight months ago. While police also suspect him of this crime, they do not yet have enough evidence to charge him with it.

Earlier in the week the Petah Tikva Magistrate's Court extended his remand for another three days - and, for the first time since his arrest on October 7, Teitel himself appeared in court for the hearing. The Shin Bet security service had barred him from attending previous remand hearings.

During the hearing, Teitel's lawyer protested the difficult conditions of his imprisonment, saying he was chained to his bed 24 hours a day. The court ordered the Shin Bet to look into this complaint.

Posted at 07:56 AM in Crime, Litigation, etc., Haredim, Israel | Permalink

Alleged Haredi Terrorist: God Is Pleased With What I've Done

"It was a pleasure and an honor to serve my God. I have no regret and no doubt that God is pleased."
Failed messiah was established and run in 2004 by Mr. Shmarya (Scott)Rosenberg. The site was acquired by Diversified Holdings, Feb 2016.