Witness: Rubashkins Committed Bank Fraud As Far Back As 1997 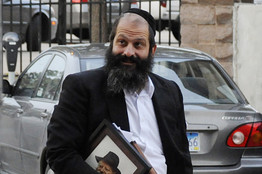 Here's the money graph from the Des Moines Register's report:

• Plant executives were inflating their reported sales as far as back 1997, though on a much smaller scale in the earlier years, [Yom Tov "Toby"] Bensasson testified.

Now, where do you think that stolen money went? Underselling the competition to drive them out of business or out of geographic territories? Into 'tzedaka' for rabbis' institutions, rabbis who just happened to endorse Agriprocessors meat?

Inquiring minds – some of whom wear badges – certainly want to know.

Witness: Rubashkins Committed Bank Fraud As Far Back As 1997