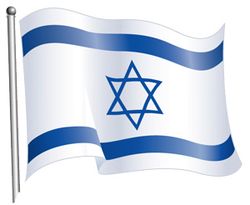 The State of Israel discriminates against non-Orthodox streams of Judaism and against Jewish-born believers in Christianity, while the Palestinian Authority has not been doing enough to combat Muslim violence against Christians, according to the US State Department's annual International Religious Freedom Report on Israel released this week.

The Orthodox monopoly over marriage, burial and conversion was criticized by US State Department officials.

"Approximately 310,000 citizens who immigrated under the Law of Return but are not considered Jewish by the Orthodox Rabbinate cannot be married, divorced, or buried in Jewish cemeteries within the country," said the report.

"As in previous periods," the report continued, "the Religious Affairs Ministry failed to implement the 1996 Alternative Burial Law that established the right of any individual to be buried in a civil ceremony and did not utilize any of the money allocated in the 2008 budget for the development of civil/secular burial plots."

The report even went into surprising detail about the mandatory marriage counseling demanded by the Chief Rabbinate of all Jews - Reform, Conservative or Orthodox - before being married.

For instance the report quoted from a brochure used by a marriage counselor which State Department officials described as reflecting "traditional Orthodox family roles." The brochure "compared a woman to clay and urged the husband to 'shape and mold her as he pleases.'"

In the second half of the report which focused on the Palestinian Authority's attitude toward religious freedom, the report refrained from entering into the same level of detail in, say, the content of inciting speeches given by imams in mosques.

The report also criticized Israel's treatment of messianic Jews, who believe that Jesus is the Messiah but adopt some Jewish rites.

Basing themselves on the Jerusalem Institute of Justice, an NGO that defends the legal rights of Jews who practice Christianity, State Department officials noted that Interior Ministry officials denied services to citizens based on their religious beliefs.

"The JIJ's legal defense caseload included numerous cases dealing with attempts by the Interior Ministry to revoke the citizenship of persons discovered holding messianic or Christian beliefs, or to deny some of the national services such as welfare benefits or passports to such persons.

"In other cases the ministry attempted to block immigration of messianic Jews by refusing to process their immigration applications."

The report also scrutinized the impact on religious freedom of the ongoing conflict in Judea and Samaria between Israelis and Palestinians.

"The Israeli government generally respected the right to freedom of religion in the Occupied Territories during the reporting period. "However," the report noted, "Israel's strict closure policies and the separation barrier constructed by the government of Israel had the effect of severely restricting the ability of Palestinian Muslims and Christians to reach places of worship and to practice their religious rites.

"Israeli law also restricted the ability of Israeli Jews to reach places of worship in areas under Palestinian control."

State Department officials noted that the restrictions on movement were due to "security concerns" but did not go into details regarding these concerns.

While the first half of the report was devoted to Israel, the second half focused on the Palestinian Authority. The report stated that "PA government policy contributed to the generally free practice of religion, although problems persisted during the reporting period."

"The PA did not take sufficient action during the reporting period to investigate and bring to justice persons who harassed, intimidated and perpetrated attacks against some Christian residents of Bethlehem and Ramallah.

"The PA judiciary also failed to adjudicate numerous cases of seizures of Christian-owned land in the Bethlehem area by criminal groups." The report also noted Hamas's infringement of of the religious rights of Christians in Gaza.

"Due to the Hamas takeover of the Gaza Strip, the PA was unable to pursue cases of religious discrimination there. Some Gazan Christians stated that they believed their Muslim neighbors were discriminating against them for their faith; they also raised concerns that no authority was willing or able to reign in extremist groups. Hamas did not adequately address the cases of discrimination against or intimidation of Christians that occurred during the previous reporting period."

Posted at 01:01 AM in Haredim, Israel, MO & Chardal, Xenophobia | Permalink

Report cites government discrimination against non-Orthododx Jews and non-Jews.
Failed messiah was established and run in 2004 by Mr. Shmarya (Scott)Rosenberg. The site was acquired by Diversified Holdings, Feb 2016.