Lewin says Agriprocessors workers were paid more than workers at other meat plants and were better treated – even though government-siezed records show workers made minimum wage (or less) and were mistreated.

What, Where, When bills itself as Baltimore's Jewish monthly family magazine.
Elie Zirkind interviewed noted constitutional law expert and lawyer Nathan Lewin for this month's issue.
Here is the excerpt that deals with the Agriprocessors / Rubashkin cases: 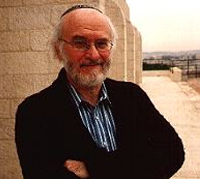 EZ: What was your role in defending Sholom Rubashkin, and why did you agree to take his case?

NL: I am not representing Rubashkin any longer. I represented Rubashkin and Agriprocessors in a number of legal matters prior to the matter that is presently pending. I represented him in connection with the allegations that PETA, People for the Ethical Treatment of Animals, suddenly made after they put somebody in the plant undercover - in what I thought was illegal trespass onto the premises - and took pictures of what was going on in the meat plant.

I have to say, unfortunately, that I thought the Orthodox community, including the Orthodox Union, did not sufficiently come to Rubashkin's defense at that point, and that, I think, is what began the whole slide down for Agriprocessors. I think Rubashkin and Agriprocessors did an amazing job for the Jewish community, and were entitled to the support of the Jewish community. They were disappointed that they did not receive that support. The Jewish Forward even began a series of articles, many of which were filled with misrepresentations, lies, and false statements against Rubashkin.

As far as the current matter, regarding Agriprocessors having employed illegal aliens, it was a well-known fact that Agriprocessors employed illegal aliens - as does every other meat packing plant in the United States. It's a perfect job for illegal aliens, who don't know English and are willing to work in Iowa, in freezing temperatures, dragging around dead animals. Most Americans are not ready to do that. I will say definitively, from everything I saw, that Rubashkin treated his employees better than the employees are treated at all the major slaughterhouses in the United States. They were paid better and treated more humanely.

The Forward, for its own reasons, decided they were going to write exposes about Rubashkin's employees. These exposes were false and were based on statements made by selected employees who had grievances. The result was that many Jews accepted what The Forward said, and then came the immigration raid. Federal officials decided to raid the plant, even though they did not do so for any other slaughterhouse.

Now the interesting thing is that, under the Obama administration, immigration officials have now changed their policy and are no longer raiding plants. They have decided to simply to talk employers to get them to fire their illegal employees. This was something Rubashkin was always prepared to do. Was Rubashkin's system perfect? No. Many of his employees provided false papers.

Rubashkin is now being represented by local lawyers from Iowa. I hope he wins his case; he is entitled to win it.

If telling the truth were a requirement to be an attorney, Lewin would be disbarred.

As it stands, he may one day be disbarred for his lobbying efforts on behalf of Agriprocessors, carried out, it is alleged, without identifying himself as the company's attorney. He was allegedly deeply involved in the effort to change US Humane Slaughter directives to allow the throat-ripping practiced at Agriprocessors. (Watch.)

Lewin also tried to smear PETA by 'linking' the organization to Nazi ideology. The 'link'? The Nazis opposed animal cruelty.

(I would point out that the Romans who destroyed Jerusalem and killed tens of thousands of Jews enjoyed drinking wine. That didn't make wine drinking wrong and it didn't stop Jews from making kiddush over a cup of wine. In the same way, the Torah is opposed to animal cruelty. Nazi opposition to animal cruelty does not cause Judaism to stop being concerned about treatment of animals.)

You can hear Lewin debate a non-Jewish PETA leader at a NYC Orthodox synagogue in 2006 where the Nazi smear is raised:

And, despite Lewin's lies, Agriprocessors undocumented workers were paid far less than the the industry standard as is clearly shown in news reports from the time of the raid and in documents and other evidence seized by law enforcement during the raid.

Clearly, Nat Lewin is living in an alternative universe of his own making.

Lewin says Agriprocessors workers were paid more than workers at other meat plants and were better treated – even though government-siezed records show workers made minimum wage (or less) and were mistreated.
Failed messiah was established and run in 2004 by Mr. Shmarya (Scott)Rosenberg. The site was acquired by Diversified Holdings, Feb 2016.