The former Ahava Dairy in Ogdensburg, NY was almost shut down because its new owners, Chabad hasidim, did not pay the rent, utility bills and the purchase down payment. 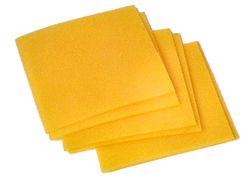 OGDENSBURG — The city will not close the 30 Main St. kosher cheese plant today.

City Manager Arthur J. Sciorra said Toobro LLC, Hewlett Neck, sent $155,000 to cover overdue rent, utility bills and downpayments to the city Monday. Mr. Sciorra had given the company until Monday to pay the debts or be closed down.

"I am happy that we got paid," Mr. Sciorra said. "I realize that business startups can be difficult, jobs are very important, but it is my responsibility to look after the city."

Toobro officials did not return calls for comment Monday.

This was the second deadline the city has imposed on the company since selling the plant in May. The roughly $1 million sale agreement includes a $125,000 downpayment, $12,000 monthly payments toward the sale price until closing on the property, and additional payments for handling wastewater.

In August Mr. Sciorra demanded the company pay $175,000 in overdue fees or be shut down. After Toobro paid $108,000 weeks later, the deadline was revoked.

Schneur "Steve" Z. Bistritzky, who, with his brother, Menachem, owns Toobro, recently said payments have been slow because the company is fixing the facility and battling with the plant's former owner, Ahava Food Corp., Venice, Calif., over who is responsible for reimbursing 60 employees at the Ogdensburg plant for about two weeks of unpaid labor.

The issue is being reviewed by the state Department of Labor.

According to Mr. Sciorra, the city is looking at ways to help the company to stay in the Ogdensburg plant.

"We will continue to work with the Bistritzkys in any way we can to help them to succeed in the city," he said. "We are investigating possible grants with U.S. Department of Agriculture and the state Office of Community Renewal to see if there are any business funds that can be tapped. This requires that their status with the city stay current."

Mr. Sciorra said he has continued to keep the pressure on the company to ensure it does not end up like Ahava, which owed the city $90,000 in rent and $618,138 in utility bills.

Under its previous owners, kosher cheese maker Ahava of California, this plant was closed by New York State in February because "continued operation and distribution of its products could pose a serious danger to the public’s health, safety and welfare."

State inspections found Ahava products to have "excessive levels of bacteria and coliform, as well as containing non-food grade oil," and the plant and equipment were in "extreme disrepair."

Posted at 08:00 AM in Chabad, Kosher Business?, Kosher Scandal | Permalink

The former Ahava Dairy in Ogdensburg, NY was almost shut down because its new owners, Chabad hasidim, did not pay the rent, utility bills and the purchase down payment.
Failed messiah was established and run in 2004 by Mr. Shmarya (Scott)Rosenberg. The site was acquired by Diversified Holdings, Feb 2016.