Why Does Kosher Milk Spoil So Fast, Taste So Bad And Cost So Much?

Halav Yisrael, partially exposed, including why the cheapest halav yisrael milk is also the freshest.

Does it do a body good? An inside look at Cholov Yisroel
By Michael Orbach • The Jewish Star

Cholov Yisroel milk has the dubious reputation of not only being the most expensive milk on the market, but of also possessing the absolutely uncanny ability to spoil in the time it takes to get 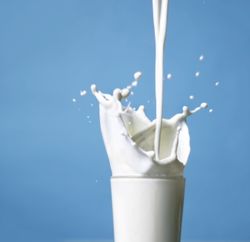 from the checkout lane to the car.

Cholov Yisroel, which translates literally from the Hebrew as Jewish milk, is differentiated from regular milk -referred to in halachic literature as cholov stam (plain milk) or cholov akum (Gentile milk) — by the presence of two Jewish witnesses who observe the milking to ensure that no milk from non-kosher animals was used. A landmark opinion issued by Rabbi Moshe Feinstein zt”l during the summer of 1954 allowed religious Jews in the United States to use regular milk since US laws governing dairy production impose penalties on farmers caught passing off as cow’s milk the milk of other animals. Those regulations, Rav Moshe felt, were equivalent to Jews actually watching the milking.

While many today rely on that p’sak (halachic ruling), the market for Cholov Yisroel is thriving, kashruth experts say, despite being considerably more expensive than the unsupervised product. 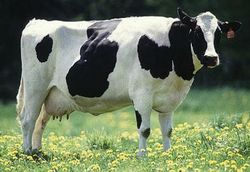 four times that of regular milk.

Rabbi Tzvi Rosen, kashruth administrator for the Star-K kosher supervision agency and editor of Kashruth Currents, doesn’t dispute the spoilage claim, but blames it on “poor handling” of the milk both in transportation and in storage in supermarkets. Cholov Yisroel plants are modern ones, he said.

“There’s no farm there that is just a Chasidic guy with a pail. They’re big farms,” Rabbi Rosen explained.

Cholov Yisroel is produced either on dairy farms devoted exclusively to Cholov Yisroel production, or at larger non-exclusive plants that set aside times to produce supervised milk. According to Rabbi Avrohom Gordimer, a kashruth supervisor and dairy specialist for the Orthodox Union, some dairy farms outside of the US are utilizing video screening so that kosher supervisors do not technically have to be on-site at the plant.

Rabbi Uri Neumann, also of the Star-K, offered a variety of reasons for possible spoilage. The somatic cell count inside the milk correlates to how fast the milk will spoil, he explained, and that depends on individual farming.

Different pasteurization processes also affect how the milk will taste. At 190 degrees Fahrenheit 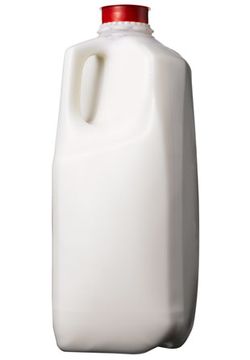 milk need only be pasteurized for a few seconds; at 170 degrees 30 to 49 seconds is required; at 290 degrees only two seconds are needed.

But the main reason for the common problem with spoilage, Rabbi Neumann maintains, is refrigeration, which directly affects how long milk will last.

“You keep milk refrigerated at 35 degrees, you’ll get a seventeen day shelf life. In dairies the milk is chilled to 32-34 degrees. If you keep the pasteurized tanks clean you’ll have less bacteria. If the truck or store isn’t refrigerated it will lead to a lower shelf live,” Rabbi Neumann explained. “The Cholov Yisroel industry used to leave the milk [in front of stores] at five in the morning, leaving it out an hour. That could be where the oldness comes from. If [the milk’s] temperature is at 40 degrees it’ll last 17 days; at 50 degrees it’ll last 14 days; at 80 degrees it’ll spoil in 3 days.”

Regarding the higher price of Cholov Yisroel, Rabbi Gordimer explained that the extra cost of the milk comes from having to keep a mashgiach on premise.
“I’m surprised it doesn’t cost more,” he said, adding that the cost factors in salaries, living and utilities into the cost of the milk. Yet, Cholov Yisroel production in the United States is on the rise, Rabbi Gordimer said.

“Number one there’s more interest in it,” Rabbi Gordimer explained. “With the economy fluctuating, a lot of foreign companies that made Cholov Yisroel products in Europe and New Zealand have it done in America.”

Golden Flow, located in Brooklyn, is one of the oldest Cholov Yisroel dairies. It was formed in 1948 by Bessie Gertner, according to the current owner, Shlomo Weinberger. Weinberger, 59, began as a driver for Golden Flow before buying the company with his partner from Gertner when she retired.
“Baruch Hashem, let me explain something,” Weinberger said with a heavy Yiddish accent. “Milk is not an easy business.”

He has 4,000 cows in a farm in Syracuse and sales are increasing, he said.

“More and more people are going over,” Weinberger said about the Cholov Yisroel business. “The population got bigger.”

Regarding Golden Flow’s unusual name, he said he wasn’t sure where the original owner came up with it.

Like every industry, the Cholov Yisroel market has had its troubles. The farm of Jacob Balsam, owner of the first Cholov Yisroel dairy in the United States, was hit by hoof and mouth disease in 1914, according to a New York Times article from that year. Out of two herds totaling 124 cows, 56 cows were infected. Just last February New York State agriculture officials suspended the operation of the Ahava dairy plant, producer of New Square milk and Morning Select products.

“Recent inspections found its products to have excessive levels of bacteria and coliform, as well as containing non-food grade oil. In addition, Ahava’s facility and equipment are in extreme disrepair, posing further potential contamination, “ declared a statement from New York’s Commissioner of Agriculture and Markets Patrick Hooker.

The Ahava plant, as it was, “couldn’t get much worse,” according to a kashruth consultant who asked not to be named. “They have the worst rap sheet out there.”
The facility has since been bought by Toobro LLC, headed by brothers Menachem and Schneur Bistritzky, who have spent hundreds of thousands of dollars redoing the plant.

Schneur said they purchased the plant since they’ve always been involved in the kosher dairy business; their father was Leibel of Leibel Bistritzky’s Kosher Gourmet Food of the Lower East Side, one of the earliest kosher supermarkets. The store used to close every day at four o’clock for mincha, earning a mention in an economics textbook. The newly reopened Ahava plant is the only completely Cholov Yisroel dairy farm and processing plant in the US, he said.

Since they’ve redone the plant, Schneur said he’s received phone calls from customers telling him that this was the first time they actually managed to finish an entire half-gallon of cholov yisroel milk before it spoiled.

The Bistritzky’s are undecided about whether they’ll continue to use the New Square brand name.

Ahava’s former owner, Moshe Banayan, is back in the Cholov Yisroel business, now using the name Best Square Milk. The Jewish Star made several attempts but was unable to get in touch with him before deadline.

As for the freshest Cholov Yisroel milk out there, all three kashruth experts The Jewish Star spoke to praised Baltimore’s Pride of the Farm milk.

Dave Andrews, VP of sales and marketing at Kreider Farms, which produces Pride of the Farm, said the freshness is the result of a proprietary process that cools the milk down to 33 degrees in just eight minutes.

“Now your typical dairy farm will use geothermal to prechill it down to 67-68 degrees in 15 minutes, then a refrigerated storage tank which will then slowly chill it down to 37 degrees in about an hour and a half. Not only do we chill it faster, we chill it down colder. If milk is handled properly it should last for another seven days [past the sales date],” explained Andrews.

Pride of the Farm was the brainchild of Rabbi Yosef Tendler, who heads the Yeshiva Ner Yisroel high school. He began the company in 1973 and credited Kreider Farms for its success.

“Kreider Farms does a good job. It’s not my doing, it’s the farmer’s doing. They are wonderful people. They’re extremely honest people. We enjoy dealing with them.”

Rabbi Tendler maintains that he sells his milk for less since no one is making a profit on the sale. The milk is sold mainly to yeshivas around the country; he deducts shipping costs from the price of the milk to maintain level pricing.

For Rabbi Tendler, it’s a mission.

Leibel Bistritzky's store was a small corner store, the kind found in neighborhoods across America until 7-11 and other chains put them out of business.

Leibel also had a summer store in Woodburne, NY.

And Leibel was a very kind man.

Why Does Kosher Milk Spoil So Fast, Taste So Bad And Cost So Much?

Halav Yisrael, partially exposed, including why the cheapest halav yisrael milk is also the freshest.
Failed messiah was established and run in 2004 by Mr. Shmarya (Scott)Rosenberg. The site was acquired by Diversified Holdings, Feb 2016.