Tel Aviv District Court Judge Shlomo Friedlander on Tuesday ordered the owners of the Donna Martin nightclub in Tel Aviv to pay NIS 60,000 in compensation to two young men who were prohibited from entering the club because of the color of their skin.

The two men, both of Yemenite descent, were barred entrance to the club in August 2005.

The judge found that the two were discriminated against when they were told that they couldn't enter the premises because they weren't invited, even though fair-colored friends entered freely.

Nightclub managers, or the "selectors" who they employ to choose who can enter the club, often use the excuse that the club is closed for a private function and entrance is by invitation only to discourage people from attempting to enter or to justify their refusal. 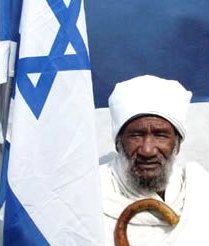 The ruling came as good news for Moti Wadja, a 29-year-old accountant of Ethiopian descent. Wadja says he was also a victim of racial discrimination and has filed a lawsuit against the Tel Aviv nightclub, Galina, which refused him admission two weeks ago.

"I made plans to meet up with friends at the club to celebrate the return of one of our friends from abroad. I was a bit late in arriving and by the time I got there, my friends were already inside," related Wadja.

"When I approached the selector and asked to be let in, I was told that I needed an invitation. A few minutes later I called my friends inside and asked them if they could do anything to help.

"My friend Aryeh came out and asked the selector if it was all right to let in a friend. She said it was all right, but then when she saw that I was the friend he was talking about, she again refused.

"By that time the bouncer got involved and while Aryeh was arguing with the selector, the bouncer punched him in the face."

"Following the incident, in the ambulance on the way to the hospital, we decided that we would not let the incident just go by unchallenged," said Aryeh Schwartz from Petah Tikva. "We decided to make this case an example, so that such things won't reoccur in the future.

"I've known Moti for 10 years. He served in an elite military unit, he went to university with me, there is no difference between us except for our skin color. There is no need to go into a psychological evaluation - it's racism, plain and simple."

Schwartz said he was convinced that they could prove that it was an act of discrimination because the club's security cameras recorded the incident and there were many witnesses around to give testimony.

The two are taking action to ensure that such discrimination by nightclubs stops.

"We would like to see the place closed down or at least be given a big fine, so that other places see and learn," said Wadja.

"It's more about what the club will pay than what we receive," said Schwartz.

Besides filing criminal charges for assault, the two plan to sue the club for discrimination.

The two have set up a group called Put a Stop to Racism on social networking Web site Facebook, and are organizing a demonstration in front of the Galina club in Tel Aviv on Wednesday evening.

Yemenites win lawsuit against nightclub, Ethiopian and friends to file suit.
Failed messiah was established and run in 2004 by Mr. Shmarya (Scott)Rosenberg. The site was acquired by Diversified Holdings, Feb 2016.