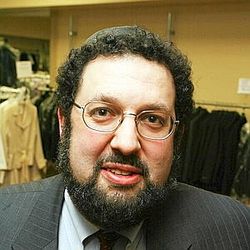 Gov. Paterson's former economic-development czar, Avi Schick, stepped down from his post at the helm of the Empire State Development Corp. in January -- but, astonishingly, continued to quietly draw his $213,000 annual salary for eight more months, The Post has learned.

Schick, who has close ties to Assembly Speaker Sheldon Silver, managed to hang on to his full salary -- more than what the governor earns -- in return for advising Paterson on lower Manhattan issues, said ESDC spokesman Warner Johnston.

The ESDC revealed Schick's continuing compensation to The Post last week after more than a month of requests, and just days after he was removed from the payroll on Sept. 11 so that he could begin a new job with a law firm that began three days later.

It was unclear on what specific issues Schick advised Paterson.

He could not be reached for comment, and state officials would only say that he was asked to stay on during a leadership change at ESDC over the summer.

Paterson's decision to keep Schick on the payroll comes amid a state hiring freeze and a state budget deficit topping $2 billion.

Schick has remained as chairman of the Lower Manhattan Development Corp., a post that has never paid a salary.

Johnston insisted that Schick's salary, which he said included some unused vacation time, was not for his work at the LMDC, which already has a paid president, David Emil.

"However, he was on payroll for the work he conducted for the governor's office on lower Manhattan issues."

Schick's continuing state salary came as a surprise to some lower Manhattan officials.

"People assumed he wasn't paid because no other LMDC chairman had ever received a salary," said a well-placed lower Manhattan source.

"Total waste of taxpayer money," said another official familiar with Schick's work downtown, where his most significant project was the deconstruction of the Deutsche Bank building -- a project that cost two firefighters their lives and has taken years longer than anticipated.

1. Marvin's brother sparked the Borough Park riots when he resisted a traffic officer.
2. His nephew defrauded investors out of millions of dollars.
3. A long list of Marvin Schick's rantings, including libeling sociologist Hella Winston.
4. Avi Schick.

Here's an example of Avi Schick's temper, which he seems to have inherited from his father.