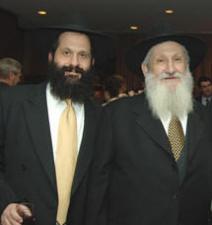 Photo: Rabbi Sholom M. Rubashkin, left, and his father, Aaron.
Rabbi Yudel Shain confirms comments left in his name on the blog Unorthodox Jew are authentic. Shain says the Rubashkin's are still slaughtering glatt kosher beef and distributing it to the US market:

Anonymous said...Someone at UOJ posted a comment attributed to you that the Rubashkin's are importing meat from Uruguay under the label "Tevye's Ranch."
Any truth to this?
Thu Sep 17, 09:39:00 AM 2009

Kosher Kaddy from the Sarasota, Florida area is selling Tevya's Ranch beef exclusively – except for the product it buys from Agri Star (the former Agriprocessors). 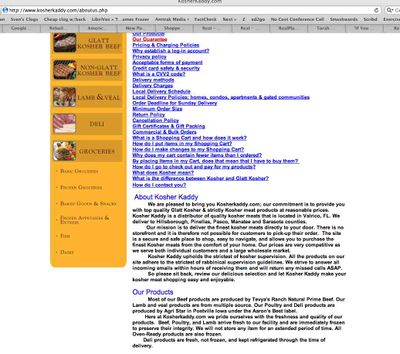 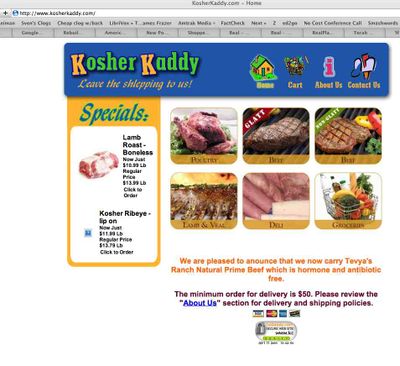 I've also been told Rubashkin has another stealth slaughter operation in South Dakota.

UPDATE 5:30 pm CDT – It seems Aaron's oldest son, Yossie, is running the Uruguay slaughter under the hashgacha, kosher supervision, of Rabbi Wiessmandl, the same rabbi in charge of Agri Star (and before that, Agriprocessors). The meat is distributed, I'm told, by Yossie's sister through the Rubashkin Florida distributorship.

In other words, what's new here is the brand name – not the process or the parties involved – and what appears to be national or near national distribution.