Luke Ford Blogger Gets Invited To A Chabad Messianist Wedding

The invitation says the Rebbe, who passed away in 1994, is alive and the messiah.

Here's how Luke Yisroel Pensack responded to that invitation:

Thank you for inviting me to the marriage reception for your son ____ and his bride.
I am unwilling to ratify anything that smacks of neo-"halachic" Christianity, such as the wedding 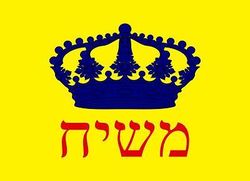 invitation with the "yechi" messianist slogan on the envelope.

You apparently have embraced the delusional and false belief that the dead Rebbe of Lubavitch, zatzal, is, was, or can be mashiach. I see this belief as a dangerous deviation from Judaism which I cannot endorse or support, even implicitly, and I therefore will not attend this reception. 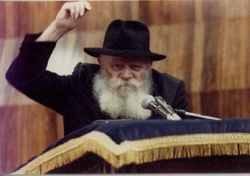 messianic reference to the late Rebbe (in Hebrew or Aramaic) [I now think it was actually in Hebrew and/or Yiddish], I would not have participated in that event either.

But it doesn't stop there – the family answered Luke Yisroel.

Posted at 04:35 AM in Chabad, Chabad & Christianity | Permalink

Luke Ford Blogger Gets Invited To A Chabad Messianist Wedding

The invitation says the Rebbe, who passed away in 1994, is alive and the messiah.