« New Organization Forms To Break Orthodox Monopoly | Main | If A Marrano Comes To Your Synagogue, Should You Count Him In The Minyan? »

Please don't vote for a crony of the man who helped block passage of the Child Victims Act, activist says.

Vito Lopez and his lackey Stephen Levin, who is running for City Council in district 33, both deserve scorn for opposing the NY Child 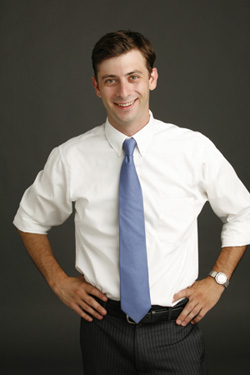 Victims Act. One fifth of all children in the USA are sexually abused, 80% by a family member. However, they are currently blocked from suing or going to the police if they wait until the age of 22 to do so. The CVA would change the law to allow criminal prosecution up to the age
of 27 of the victim, and lawsuits up to age 53. Such legislation is necessary because the abuse usually causes trauma, as well as shame or fear, which prevents coming forward. Therefore, there are thousands of
child molesters still teaching children today. The only way to combat this is through the CVA. However, Lopez (with Levin's help) is fighting the CVA for the support of Catholic and Jewish groups which fear lawsuits for repeatedly harboring serial pedophiles who abused
children in their care. In exchange for opposing the CVA, the Catholic Church and the United Jewish Organizations (UJO) are supporting Vito's Triangle housing development which will benefit him personally. It is all very disgusting.

With a group of survivors of childhood sexual abuse, I have occasionally protested outside Lopez Williamsburg Brooklyn office. Lopez bussed in hundreds of screaming people to shout obscenities and hurl handfulls of change at survivors of childhood sex abuse, while Vito, Levin, and several priests smiled and cheered! It was horrific. And several times since, Stephen Levin called the police to complain about our protesting, complaining about every tiny thing he could,
like hanging flyers in the neighborhood alerting his constituents to his corruption, cutting a deal with the "religious" groups to get their political support and support for his housing projects. Levin is a Lackey who must lose.

Please, be sure not to vote for Stephen Levin tomorrow. All the
children of NY state are at risk of sexual abuse and rape because of
Vito and Steve's cool, calculated political ways. Let us teach them
will not get away with this any more, and make sure Levin doesn't get
elected. Probably the best choice would be Jo Anne Simon, an attorney
and community organizer who has fought for Brooklyn's citizens,
especially the disabled, for decades. It's time to throw a wrench in
Vito's "machine" and protect NY's children!  Happy New Year!!

Please don't vote for a crony of the man who helped block passage of the Child Victims Act, activist says.
Failed messiah was established and run in 2004 by Mr. Shmarya (Scott)Rosenberg. The site was acquired by Diversified Holdings, Feb 2016.