Kosher Industry Flack Wants A "Time Out" In Postville

Give new owners 6 months to settle in before making demands, Menachem Lubinsky tells Postville citizens and outside Jewish groups.

From this week's Kosher Today: 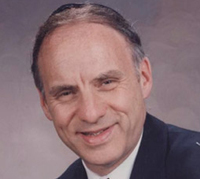 company.” Hershey Friedman, the Canadian businessman who acquired Agrioprocessor (now called Agri Star) is already facing pressure from a number of groups to meet and detail their plans for the company, the city, the workers and so forth. “I’m quickly starting to become impatient with the company’s lax attitude toward civic responsibilities,” said Jeff Reinhardt, a member of Postville’s City Council. Several people who have their pulse on developments in Postville say that the company needs time to put the house in order before it concentrates on establishing relationships with various groups.

I can understand that some of the groups are becoming impatient and looking for signs of change. But this isn’t an easy acquisition for the Canadian businessman and the last thing they need now is any kind of pressure that does not allow them to take firm control of the company. It would make sense that the new owners be given a period of grace, “a honeymoon” that even new presidents are given. I would suggest a “time-out” of at least 6 months to allow the owners to develop their plan, step up production of the poultry and perhaps begin the slaughter of beef. Steve Brackett, the pastor at St. Paul Lutheran Church in Postville told the Forward: “I think they are very busy, but I also think it would go far to calming tensions if they would at least host a community meeting.” Whose tensions would it calm? Certainly not the new owners who are trying to revitalize a company with such a checkered history.

Kosher Industry Flack Wants A "Time Out" In Postville

Give new owners 6 months to settle in before making demands, Menachem Lubinsky tells Postville citizens and outside Jewish groups.