“It’s very difficult for movements to impose value systems to consumer at the marketplace. You can say, ‘Listen, don’t buy Chinese goods,’ and people go ahead and buy Chinese goods because they need a sweater.”

A Market For Ethical Kosher?
Groceries like this one may soon carry foods with the Hekhsher Tzedek label.
by Julie Wiener • NY Jewish Week

Saying its certification will be “a preventative to the unethical practices that have sadly seeped into the kosher food industry,” the Conservative movement’s Hekhsher Tzedek Commission has published a wide-ranging list of its standards to assess kosher products.

The guidelines will look at everything from a manufacturer’s family-leave policies to its recycling programs.

But two years into the process of developing a standard for kosher products that not only meets ritual requirements  but adheres to “social justice” as well — an effort spurred by concerns about unethical and illegal employment practices at the Agriprocessors kosher meat-packing plant in Iowa— it’s unclear whether there is actually a viable market for it.

Also up for debate is whether the struggling Conservative movement — which is hemorrhaging member synagogues, battling a $1.3 million deficit and planning major budget cuts and layoffs — is capable of moving such an ambitious project forward.

The newly released Magen Tzedek (shield of justice) Service Mark standards — still subject to vetting and intended as a supplement to rather than replacement for traditional kosher certifications —represent the first attempt by a religious organization to certify food products on the basis of “social justice,” rather than ritual practice.

After a three-month review process, the standards will be revised and tested over several months, with Heksher Tzedek officials then hoping to recruit food companies and start making Magen Tzedek products available on supermarket shelves.

Does Hekhsher Tzedek have the potential, as its advocates argue, to revitalize the Conservative movement and even create a sort of kosher renaissance among liberal Jews?

“The Conservative movement sees [HekhsherTzedek] as a chance to frame itself in a new way,” said Joe Regenstein, a professor of food science at Cornell University’s Kosher and Halal Food Initiative, who drafted the new standards.

Himself a member of a Conservative congregation, Regenstein said that through Magen Tzedek, the Conservative movement — whose centrist positions often generate criticism that it lacks vision and stands for nothing — is uniquely positioned to merge Orthodox concerns about kashrut with Reform concerns about social justice. 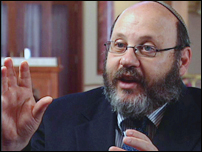 “This is the opportunity to really be pro-kashrut and pro-ethics,”  said Rabbi Morris Allen, spiritual leader of Beth Jacob Congregation in suburban Minneapolis [sic] and the director of Hekhsher Tzedek, which he founded in 2007.

Rabbi Allen noted that the Reform movement endorsed Hekhsher Tzedek’s efforts last year “not because their community is buying kosher food but because they thought this was a way to honor the social justice work in American food production.”  He told The Jewish Week the new certification program will encourage more Jews to buy kosher products.

So far, the Hekhsher Tzedek commission has done no market research to assess the level of demand for the certification. And while the group says several kosher companies have been consulted in the development of guidelines and have expressed serious interest in obtaining Magen Tzedek certification, it declined to name any.

Asked about market research, Rabbi Allen said the group plans to do it in the coming months.
“Companies have been in contact with us and that’s the first question they ask: ‘Will this increase my sales?’ We need to show it on paper to the CEO of a company.”

The United Synagogue of Conservative Judaism recently pledged $50,000 to help pay for market research, Rabbi Allen said, and members of the movement’s Rabbinical Assembly are also raising money for this effort.

“The Magen Tzedek folks will need to demonstrate to potential clients of their symbol that, just like kosher food certification, this will generate business,” said Elie Rosenfeld, chief operating officer of Joseph Jacobs Advertising, a marketing firm that specializes in advertising to Jewish consumers and whose clients include Manischewitz, Empire and the Shop-Rite supermarket chain.

But making a business pitch for Magen Tzedek “may be an uphill battle,” Rosenfeld said, because “the basis of consumers buying kosher products for religious reasons is the Orthodox market, not the Conservative consumer.”

While many Orthodox consumers “care a lot” about social justice issues, Rosenfeld said, “they may not feel the Conservative movement should be the one determining the standards. Their standards of observance are not the same, so ... if one wouldn’t trust them [when it comes to] kashrus, what would make them trust [the Conservative movement] for business ethics?”

Menachem Lubinsky, founder of the Kosherfest kosher trade show and editor of Kosher Today, an industry trade publication, is hardly a dispassionate observer. Like many in the largely Orthodox kosher industry, he vocally opposed Hekhsher Tzedek when the idea was first introduced two years ago, and last year, at the height of the Agriprocessors scandal, Lubinsky served as that company’s spokesman.

Nonetheless, he is widely considered an expert on the dramatically growing kosher market — and his skepticism about Hekhsher Tzedek raises red flags about the effort’s viability.

Lubinsky said he is constantly asking kosher food retailers all over the country if their customers are demanding some sort of ethical certification and “the answer I overwhelmingly get is [customers] are interested in two things: the product and the price.”

Kosher consumers are “not going to pick up a product and say, ‘Does this plant actually treat their workers properly?’ That’s not what people do when they’re in the supermarket.”

“In general,” Lubinsky continued, “it’s very difficult for movements to impose value systems to consumer at the marketplace. You can say, ‘Listen, don’t buy Chinese goods,’ and people go ahead and buy Chinese goods because they need a sweater.”

Ideologically driven consumer efforts do exist in the U.S., and some have been quite successful.

In recent years, numerous faith-based groups have created “socially responsible” investment funds or have urged boycotts of companies whose practices they deem offensive. A variety of entities, including the U.S. Department of Agriculture, certify organic food, and since 1999, the nonprofit TransFair USA has certified Fair Trade coffee, available from such mainstream vendors as Starbucks. (Fair Trade evaluates companies based on environmental sustainability and treatment of farmers.)

But with its focus on five areas of “social justice” — employee wages and benefits; health, safety and training; humane treatment of animals; the company’s environmental impact; corporate transparency — Magen Tzedek is arguably the most ambitious effort any U.S. group has applied to food, even as it is limiting its scope to kosher products.

The issues that Magen Tzedek highlights — particularly the humane treatment of animals and respect for the environment — are ones that have a growing following among American Jews. Thirty-two Jewish community-supported agriculture groups (programs in which people buy organic produce directly from local farmers) have been launched throughout North America since 2003 under the auspices of the New York-based environmental group Hazon, with over 2,500 families participating. Hazon has also drawn hundreds of people in recent years to its annual food conferences, which “explore the intersection of Jewish life and contemporary food issues” and attracted 100,000 viewers to a blog on Jewish ethical eating called “The Jew and the Carrot.” 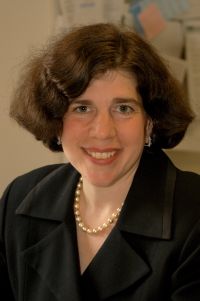 In any event, Hekhsher Tzedek is enjoying the support of the top echelons of the Conservative movement, even as that movement — once the largest stream of Judaism in America, but now second to Reform — cuts other programs and faces criticism from the grass roots.

Rabbi Julie Schonfeld, executive vice president of the movement’s Rabbinical Assembly, praised the project, calling it a “catalyst for a changed consciousness about the relationship between ritual observance and the ethical underpinnings of Jewish law.”

Adds Rabbi Steven Wernik, the new executive vice president of the United Synagogue of Conservative Judaism, “Everyone eagerly awaits the opportunity to purchase products with this seal and raise the awareness that ethics cannot be separated from the ritual aspect of kashrut.”

Posted at 01:00 AM in Kosher Business?, Kosher Scandal | Permalink

“It’s very difficult for movements to impose value systems to consumer at the marketplace. You can say, ‘Listen, don’t buy Chinese goods,’ and people go ahead and buy Chinese goods because they need a sweater.”
Failed messiah was established and run in 2004 by Mr. Shmarya (Scott)Rosenberg. The site was acquired by Diversified Holdings, Feb 2016.