Just before Rosh Hashana I spoke with a Chabad rabbi closely linked to the movement's leadership. He mentioned without prompting on my part that Weiss had been suspended and noted that Chabad has a "zero tolerance" policy regarding child sexual abuse.

From the Albany, New York, Jewish World via an alert FailedMessiah.com reader. Please click to enlarge: 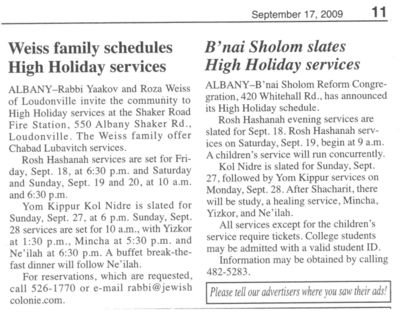