When is really bad behavior not bad enough to condemn?

From Bakehilla, via VIN News: 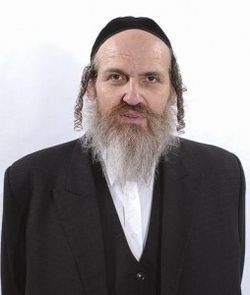 …According to Dovid (Dudi) Zilbershlag, founder of Bakehila, a charedi weekly based in Jerusalem, it was Mayor Nir Barkat’s unilateral approach that unnerved the charedi public. “The issue of parking lots does not bother the charedim; it was the strident declaration that bothered them,” he said, referring to Mayor Nir Barkat’s unexpected decision to open the parking lot on Shabbos. “We can look the other way when necessary, but you cannot make declarations that insult others.”

“I condemn the people who burn and destroy, and on several occasions I’ve paid a price for this myself,” continued Zilbershlag, “but you cannot expect the charedi public to denounce someone defending the sanctity of Shabbat.”…[empashis added]

Barkat made his "strident declaration" after haredi threatened to riot  if the parking lot was opened on Shabbat.

The decision to open the lot had already been approved by haredi city council members.

A day or two later, when the lot opened on Shabbat, haredim launched a serious of riots that continued throughout the summer, causing millions of shekels of damages.

But what is most troubling isn't Zilberschlag's distortions – it's his logic. If "you cannot expect the charedi public to denounce someone defending the sanctity of Shabbat” by throwing stones at secular Jews and police, burning trash dumpsters and destroying city property, attacking cab drivers and city welfare offices, then you cannot expect haredim to protest any wrong committed in the name of haredism.

In Zilberschlag's world, the ends justify the means. And those means are all too often violent and illegal.

When is really bad behavior not bad enough to condemn?
Failed messiah was established and run in 2004 by Mr. Shmarya (Scott)Rosenberg. The site was acquired by Diversified Holdings, Feb 2016.