"Defending a rabbi's honor is no excuse to commit such an act," Chief Rabbi Yona Metzger said in response to Wednesday's murder of yeshiva student David Mansharov in Netanya. 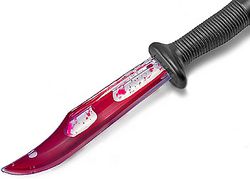 Police suspect that Mansharov was stabbed to death by two fellow yeshiva students following an argument over a halachic ruling.

The "Haredim" website reported that the students were arguing over the status of the head of their yeshiva, Rabbi Amos Gueta.

During a visit to a school in Ra'anana on Thursday, Metzger said that the search for truth during halacha-related disputes must never deteriorate to violence.

In the spirit of the upcoming Rosh Hashanah holiday, Rabbi Metzger said that the blowing of the shofar teaches us to take something violent, like a ram's horn, and turn it into something spiritual and dignified.

Prominent Religious-Zionist Rabbi Shlomo Aviner said, "It is obvious that killing over a halachic dispute is forbidden, and it is also clear that anyone who kills over such an argument has major problems."

The rabbi said of the murder, "We cannot let such incidents distort our way of looking at things. In general, good things come out of places that teach Torah."

The Jerusalem Post published a report yesterday denying a halakhic or religious dispute motivated the murder.

It is clear the Post was wrong. It is also seems the post's pro-haredi (and also here),  pro-Orthodox bias is the reason for that error.

Prominent rabbis comment on Wednesday's murder of yeshiva student over halachic dispute.
Failed messiah was established and run in 2004 by Mr. Shmarya (Scott)Rosenberg. The site was acquired by Diversified Holdings, Feb 2016.