The JCC Cafe, a kosher dining fixture in the District for more than a decade, has been shut down due to a "very blatant" violation of kashrut standards that employees had tried to cover up, 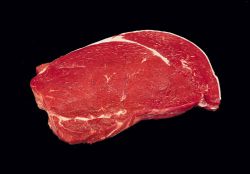 according to a spokesperson for the Vaad Harabanim Rabbinical Council of Greater Washington, which supervised the establishment.

"There was an active attempt to deceive," said Rabbi Binyamin Sanders, noting that the violation was particularly egregious because it involved nonkosher meat being purposely and clandestinely brought into the establishment. "The deceitfulness has really made this painful."

It is not clear how long the cafe will remain shuttered, Sanders said Monday, although he would not rule out permanent closure. Sanders said the investigation into the incident is continuing, and the full Vaad is expected to meet soon to consider the matter. A date for that meeting had not been set as of Monday evening.

Cafe owner James Edwards was out of town this week for his daughter's wedding, and said his co-owner, Manuel Gonzalez, had left the restaurant early Sunday, feeling ill. The incident occurred Sunday evening.

Although the cafe is housed in the Washington DC Jewish Community Center, it operates independently of the center and uses its own employees.

Arna Meyer Mickelson, chief executive of the center, said a willful infraction involving kashrut laws at the cafe should result in closure of the establishment.

"We don't disagree with the Vaad at all," she added. "This is absolutely the Vaad's call." 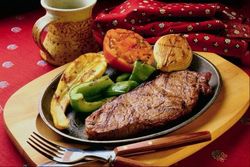 Acknowledging that center employees were not involved in the incident, Mickelson said, "still, we're invested in providing kosher food" for the center's patrons.

According to Sanders, the incident occurred when the cafe was running low on steak. A tray of about five nonkosher sirloin steaks that had been purchased from a nearby Safeway supermarket were then brought into the cafe, apparently to make up for the shortage.

When the Vaad's on-site mashgiach, or kashrut supervisor, briefly glimpsed an employee carrying a Safeway bag, he suspected that something was wrong.

At one point, according to Sanders, some cafe employees attempted to shield the mashgiach's view or otherwise create a "diversion" that was intended to draw attention away from the unkosher meat.

The mashgiach, who could not be reached for comment, quickly doubled back to the room the meat had been brought to. "Apparently, they didn't suspect that he'd come back so quickly," Sanders said.

The steaks were found buried deep in the refrigerator, recently encased in plastic wrap. Their original wrapping had been removed and stashed under a nearby counter. Sanders was notified and he then alerted his supervisors at the Vaad, who ordered the restaurant closed. A few diners had just taken their seats when they were informed of the immediate shutdown.

Sanders said five employees were working in the cafe at the time of the incident, and at least three were involved in the snafu.

Edwards said Tuesday that he has spoken with one of the two employees who went to Safeway Sunday evening. She thought "she was doing something right," he said. "We send out employees to the store all the time to get produce, pasta," he added, noting that employees are taught that the mashgiach must check all purchases before they are brought into the kitchen.

Sanders said there is no compelling evidence that nonkosher meat had been used before, but he added that it was impossible to tell for sure.

"Trust has become a very big issue," he said.

The infraction could be the death knell for the cafe, which has encountered financial problems.

"They've been struggling along like a lot of restaurants, perhaps more so than others," said Mickelson, who pointed out that the ownership of the cafe had repeatedly discussed possibly closing the operation, but were not prepared to do so at the time.

Edwards, who has owned the cafe for three years and had worked there and at its predecessor dairy cafe for more than a decade, denied that he would like to close the restaurant, but acknowledged that it has been a struggle to keep it in business.

"I love that restaurant. I love the Jewish community," he declared, saying he does want the cafe to reopen.

Although no decision has been made on the employment status of the worker who made the purchase, if her dismissal becomes a Vaad condition for reopening the cafe, "then certainly, she'll have to go," Edwards said, praising the mashgiach and Vaad for doing their jobs.

"This is tawdry and sad and it ought not to have happened," Sanders added. "I'm not all happy or gleeful over this. I just don't get it. It's painful. These were not bad people we were dealing with. These were nice people who inexplicably did something wrong."

Rabbis shut down JCC restaurant in response.
Failed messiah was established and run in 2004 by Mr. Shmarya (Scott)Rosenberg. The site was acquired by Diversified Holdings, Feb 2016.