In early August, Birthright Israel, the troubled Jewish organization thatappears to have ben wholly hijacked by mega-donor Michael Steinhardt's neo-con ideology, hired 5WPR. Ronn Torossian, 5WPR's head, is a hard right political activist who backs – and is backed – by Israel's religious right and American evangelicals. The move was seen by some as a nod to Steinhardt, and as a nod to israel's new right wing government.

Torossian was on Zev Brenner's radio show last month and declined to say which Jewish organizations he represents.

I believe the reason for both of these bizarre behaviors is clear: Torossian is afraid people he has wronged will fight to have Jewish community organizations drop 5WPR.

That is what should happen. But will it happen?
I hope it does.

NEW YORK, Sept. 11 /PRNewswire/ -- EL AL Israel Airlines is announcing that 5W Public Relations, one of the nation's 25 largest public relations firms, has been hired as its new PR agency of record. 5WPR will work with EL AL Airlines on all public relations initiatives in the 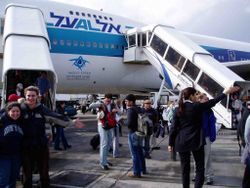 United States, leading with strategic and creative planning for the brand as well as spearheading a full scale media relations and communications campaign.

"5W Public Relations is thrilled to be named the agency of record for such an important and meaningful brand," said Ronn Torossian, President and CEO of 5W PR. "We are very excited to be working with such a prestigious and major international carrier."

Widely acknowledged as one of the world's most innovative carriers, EL AL is celebrating over 60 years of service. EL AL offers the most nonstop flights between New York (JFK/Newark) and Israel as well as the only nonstop service from Los Angeles.

Worldwide, EL AL (www.elal.com) flies to more than 40 destinations from Israel and serves dozens of other destinations throughout the world via partnerships with many other carriers (including 22 additional cities in the U.S.A.). Only EL AL has First Class service on nonstop flights between the U.S.A. and Israel. The airline has annual revenues of about $1.93 billion and carries more than 1.8 million passengers annually. EL AL embodies Israel's values of innovation and caring and the promise of a genuine Israeli welcome. Your Israel experience begins with EL AL and warm Israeli hospitality. Israeli flight attendants will make you feel at home, the best trained Israeli pilots will take you to and from Israel and passengers enjoy enhanced in-flight dining with freshly prepared healthy meals.

5W Public Relations (www.5wpr.com) is a full-service public relations firm known for implementing cutting-edge, customized media programs designed to impact client specific business goals and objectives. 5WPR's energetic, fast-paced, and focused culture earned the firm a spot on the INC. 500 list and the title of "fastest-growing agency" three years in a row. The growth and recognition of 5W PR stems from a focused, smart, and creative staff that expertly communicates client messages to impact ROI.