« Why Does Kosher Milk Spoil So Fast, Taste So Bad And Cost So Much? | Main | DC Kosher Restaurant Caught Selling Non-Kosher Steak »

In a dirty rural Chinese hospital, an Israeli gets a kidney––and the Chinese 'donor' pays with her life.

'$100,000 buys patient new kidney but not good health
Israeli man paid $100,000 to a broker to get a new kidney
His body is rejecting the kidney that he received from an 18 year-old in China
CNN investigating what appears to be a widespread black market in human organs
By Drew Griffin and David Fitzpatrick • CNN Special Investigations Unit

Editor's note: Since the FBI arrested a Brooklyn businessman in late July on federal charges of organ trafficking, CNN has been conducting a worldwide investigation into the sale of kidneys, using willing donors and willing recipients from China to Israel to the United States. This installment examines two very different stories of Israelis involved in the trade.

TEL AVIV, Israel (CNN) -- In a dank Tel Aviv hospital room, you can see at a glance just how desperate some Israelis are for a new kidney.

In one bed, Ricki Shai's mother lies practically unresponsive. Her diabetes is slowly killing her. It already has forced the amputation of both of her legs. 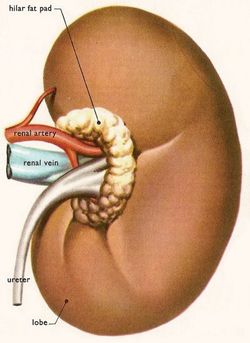 Sitting in a bed beside her is Shai's father, Yechezekel Nagauker, also a diabetic. But he decided, his daughter says, not to wait for a kidney donor.

"My father didn't want to be like my mother," Shai told CNN.

In April, Nagauker cut a deal with a kidney broker who promised him a new life and a new kidney for $100,000. It was available only in China, the donor said.

The family's story is one of several that have come to light in recent weeks as part of a worldwide CNN investigation into what appears to be a widespread black market in human organs, a network now being probed by authorities in Israel and the United States.

Nagauker went to China, where his daughter said he was taken to a rural hospital and given the kidney of an 18-year-old Chinese girl. Shai captured images on her cell phone of her father in what she described as a filthy hospital.

The surgery went poorly, and the girl who donated the kidney died shortly after surgery, Shai said.

The broker has yet to face any sanctions. Until just last year, the entire transaction was not only legal in Israel, but some state-sponsored health insurance plans paid for transplants.

Nancy Sheper-Hughes, who studies the organ trade, says Israel has become ground zero for both legal and illegal transactions. For years, she said, the very first treatment for anyone with kidney disease in Israel has been to find a new kidney rather than linger on official lists waiting for one.

"There's a belief, of course, that not only is transplant better than dialysis, but you want a living donor, because it's better than a kidney that was on ice or that was under a truck," said Sheper-Hughes, an anthropologist at the University of California at Berkeley and founder of the newsletter "Organs Watch."

"Michael," a broker who insists he operates legally but still wanted to keep his name and face a secret, told CNN that Israelis do not like to weaken their own. His mother, he said, needed a kidney and happily agreed to buy one in China rather than receiving a transplant from her own son.  Watch "Michael" on how he brokers kidney transplants »

The broker said he has arranged nearly 220 transplants to date. It has been relatively uncomplicated so far, he said.

Israel's 2008 law banning the strict brokering of kidneys for cash has made things trickier, Michael says. But if a patient arrives at his door with a donor claiming to be a relative, he can easily send them overseas with no questions asked.

But are they really relatives?

For her part, Shai says her family is "breaking." But she has no doubt that the organ broker her family used is still in business.

"We are paying the price," she said.

In a dirty rural Chinese hospital, an Israeli gets a kidney––and the Chinese 'donor' pays with her life.
Failed messiah was established and run in 2004 by Mr. Shmarya (Scott)Rosenberg. The site was acquired by Diversified Holdings, Feb 2016.