Safed rabbi asks Madonna to 'perform in modest clothing'
On eve of her two Holy Land concerts, queen of pop receives surprising letter from Rabbi Shmuel Eliyahu, who urges her to act in accordance with values of Kabbalah
Kobi Nahshoni • Ynet

While she surely receives thousands of letters a day from fans, a letter like this Madonna likely wasn't expecting. Safed's rabbi, Shmuel Eliyahu, has sent a personal letter to the international pop 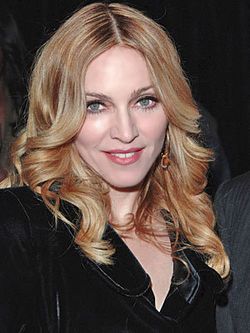 star who landed in Israel on Saturday night, urging her to honor the Holy Land and wear modest clothes while performing in Tel Aviv on Tuesday and Wednesday.

According to the rabbi, the way Madonna's concerts are marketed in Israel does not match the values of Kabbalah, which she is so well identified with. On behalf of many who believe in those values, he asks her to respect them.

The rabbi began his letter to "Mrs. Madonna Louise Ciccone" by welcoming her to Israel and its holy sites.

"Many people have been waiting for your arrival," he wrote. "I assume you have also been waiting for the moment you would set foot on the Holy Land – the land where the wisdom of Kabbalah was discovered, the enchanting wisdom you have so much respect for."

The rabbi went on to say that "in this time in history many are making efforts to study the wisdom of Kabbalah, including you, and many are trying to adopt its customs… You are about to perform here in the coming week in front of an audience of thousands of people. The ads announcing your concert decorate newspapers and billboards here. One cannot escape them. The way you are being marketed is not, in any way, in line with Kabbalah, with Rabbi Shimon Bar Yochai, with internal enlightenment and with faith and love."

According to Rabbi Eliyahu, the powers hidden in exposing a woman's body do not honor her, 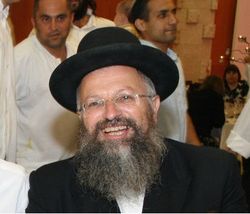 but "may raise the lust instead of raising the love – and that's a shame."

"I appeal to you on behalf of many people who appreciate the wisdom of Kabbalah, who appreciate the faith," the rabbi concluded. "I appeal to you on behalf of all the people who would really like to see a better world, who would like to fix the world with deeds rather than just with words. I ask you, on their behalf, to honor this place with modesty, to honor the land you are stepping on.

Rabbi Shmuel Eliyahu asks Madonna to "act in accordance with Kabbalah's values."
Failed messiah was established and run in 2004 by Mr. Shmarya (Scott)Rosenberg. The site was acquired by Diversified Holdings, Feb 2016.