« Israelis, Americans Arrested In "Massive" Tax Fraud | Main | A Schneerson Who Saved Jews During The Holocaust » 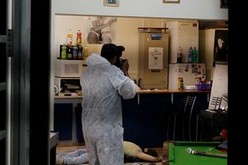 Gay MK Nitzan Horowitz (Meretz) called on Prime Minister Binyamin Netanyahu and Education Minister Gideon Sa'ar to give the education system the tools to deal with prejudices for the sake of education, democracy and tolerance.

"It's inconceivable that in the state of Israel, there are entire sectors in which the issue is taboo in their education establishments," he said.

Posted at 09:41 AM in Crime, Litigation, etc., Homophobia and its Discontents, Israel | Permalink