Letter from Manhattan: An Inconvenient Truth About Day Schools

For the last quarter century, those who were committed yet couldn’t afford the high price of being Jewish were bullied or shamed into silence or compliance.

A friend just called to tell me that she and her husband withdrew their daughter from Jewish day school because they could no longer afford the $30,000 yearly tuition.

An artist married to a semi-employed lawyer, my friend sounded regretful yet resolved to do what 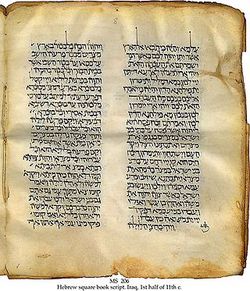 was best for her family. My response was an emphatic affirmation that she was indeed acting in the best interest of her family ... and her own sanity.

I speak from a position of great authority, having chosen the exact opposite course of action over the past 25 years.

Now that the economy has crumbled and a critical mass of people are newly broke and worried, I am inspired to “out” myself as a committed Jew who has spent the past quarter century being broke and worried, forced into a state of financial struggle and work-related stress due to the high cost (and high-priced accoutrements) of being Jewish in a major metropolitan area.

And — as has been documented in the pages of this newspaper as well as other venues — the biggest cause of this distress has been the steadily mounting price of Jewish day school, which my husband and I provided for our three children, a commitment that absolved us not of luxury items but of basic necessities.

After more than two decades of living under the cloud of financial anxiety, it comes as a huge relief to hear someone else suddenly proclaiming day school tuition unaffordable; indeed, the non-sustainability of the high-tuition Jewish day school model has become the new mantra of the Jewish community.

Yet until this moment I kept my counsel, marveling at how easily so many others seemed to be providing this basic Jewish amenity for their kids, loathe to be dubbed a kvetch or a bad Jew. Nor would I want inadequate salaries for day school educators. So I bit my tongue and signed checks. I bartered when I was able. I took on additional commitments. I deferred the dream I nurtured since childhood and pursued a professional path where I was certain to make a higher income. I put off my plan of returning to graduate school until such a time that my family would be able to do without my income, never mind the cost of my own tuition.

Though I felt isolated, I wasn’t really alone. There were others like me and we kvetched to each other along the way. Many of us are writers or in creative yet modest-paying professions. Some of us applied for and received scholarship assistance. Until my husband and I stopped filling out the humiliating and intrusive forms several years ago, we were among that group.

But even with a few thousand dollars lopped off, the total cost of Jewish day school in New York City is astronomical. With this kind of steady expenditure over the course of six or eight or 12 years — per child—it is difficult if not impossible to save for college. Then again, conditioned to have a revolving door checking account, the trauma of college tuition often just feels like more of the same.

But the problematic price tag of Jewish education was enabled by a culture of affluence that somehow got tangled up with American Jewish identity. My unscientific observation is that this culture took root in the early ‘80s and grew wildly in the intervening decades, subverting the teaching of the Ethics of the Fathers—“Who is successful?” The answer became “He who makes tons of money and has lots of stuff.”

Within this culture of affluence, there was a distinct shame associated with financial struggle, a belief that not having enough money indicated some kind of existential failure. After a brief eternity of being a have-not in a land of haves, it is startling for me to suddenly hear the phrase, “I cannot afford...”

For the last quarter century, those who were committed yet couldn’t afford the high price of being Jewish were bullied or shamed into silence or compliance. That reality changed, nearly overnight, and I view the defection of Jewish families from the day school system as an important wake-up call, a reaction to the myth that if Jewish education is a priority, families will always find a way to finance it.

Still, I am wondering why it took so long for a simple truth to be articulated. And now that I am no longer a solitary voice keening into the night, I am emboldened to state another truth: though I am a passionate proponent of the incredible spiritual incubator that is the modern Jewish day school — indeed, my youngest son is entering ninth grade at SAR High School in Riverdale — I still do not want my own children to endure what I have when they become parents.

Because such a sacrifice leaves the taste of ashes in your mouth.

Shira Dicker is a Manhattan-based writer and publicist.

Letter from Manhattan: An Inconvenient Truth About Day Schools

For the last quarter century, those who were committed yet couldn’t afford the high price of being Jewish were bullied or shamed into silence or compliance.
Failed messiah was established and run in 2004 by Mr. Shmarya (Scott)Rosenberg. The site was acquired by Diversified Holdings, Feb 2016.