« How Fox Manipulates News In 3 Easy Steps | Main | Annals of Halacha:"Revolutionary" Ruling Will Allow Gay Men To Be Parents »

Lod: Rabbis' pictures put end to public urination
Local religious council employee decided to decorate deteriorating outside wall with images of prominent rabbis, religious symbols, not knowing this would put an end to common indecent practice of urinating on the wall. 'You can't do it near the rabbis watching you,' resident says
Yaffa Nevo • Ynet 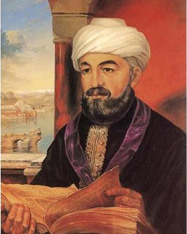 residents urinating on one of the walls outside its offices – one of the council's employees adorned the wall with pictures of rabbis and holy symbols, and ever since, no one has dared to relieve themselves there.

"Ever since one of the workers here put the rabbis' pictures on the wall, people stopped urinating on it," said Daniel Ben Saadon, head of the religious council. "There are clubs and cafes nearby that attract youths that used to urinating on the wall. Thank heavens this phenomenon has disappeared."

The council employee that decorated the wall had no idea the consequences would be so positive, and said this was not his intention to begin with, and that he only meant to fix up the wall.

The local rabbinate's office is located on a small ally in the center of the city in a rather neglected building. But a visit to the 'renovated' wall at night, with the streetlamps lighting up the rabbis' faces and holy symbols, reveals a rather impressive and revering sight.

"I even kiss the wall," said one youth at a nearby café. "It's like a holy wall. And it is also very beautiful." When asked if he would urinate there if he had no choice, the youth said: "Heaven forbid. Near the rabbis watching you? Even criminals respect the rabbis, that's how it is here, there is respect for religious clerics."

'It reminds me of our heritage'
The wall features pictures of many prominent rabbis, such as Maimonides, Nahmanides, the Pinto 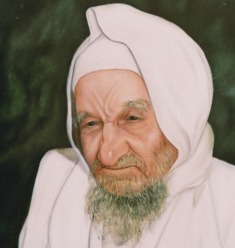 Imprints of silver candlesticks, Passover bowls, pictures of candles over Jerusalem, Rachel's Tomb and more can also be found on the wall. The images, which have been exposed to sunlight, are slightly faded, but the rabbis' gazes remain visible.

Another young man sitting at the nearby café said he is content every time he passes by the wall. "The wall reminds me of the past, of our heritage. It's a shame there aren't more corners like this one, because they would stand out better."

Another person said the wall could serve as a tourist spot, "because it is very special and beautiful. We need more places like this in Lod."

Wall of Rabbinate office no longer used as public latrine now that pictures of holy men adorn building facade.
Failed messiah was established and run in 2004 by Mr. Shmarya (Scott)Rosenberg. The site was acquired by Diversified Holdings, Feb 2016.