Annals of Censorship: How Haredim View History And Truth

Photoshopping away reality the haredi way.

In 2008, Yeshivas Chaim Berlin's calendar was almost perfect, except for one thing – out of approximately 100 students pictured, only one was not wearing a white shirt and dark pants, the haredi yeshiva student uniform.

This year, Chaim Berlin used the same picture. But it dealt with the nonconformist the haredi way – it photoshopped his shirt. 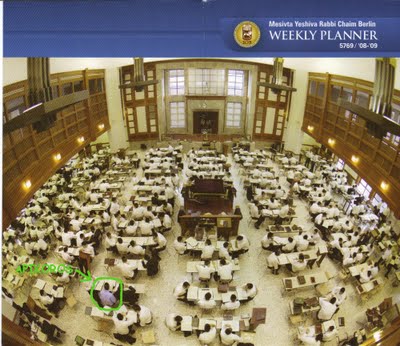 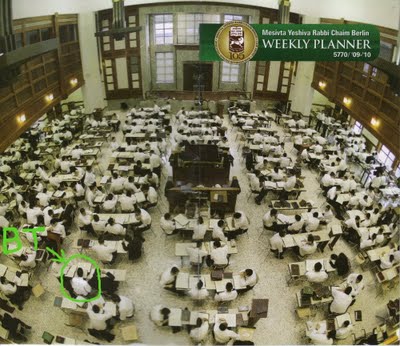 These acts of wanton historical revisionism are meant to support the myth that today's religious extremism is the historically accurate continuation of haredi Judaism going back until, well, Moses crossed the Red Sea wearing a shtriemel, knickers and high white stockings. (Satmar has a children's haggadah with that picture.)

The problem, of course, is this fairy tale depiction of history is false.

The really amazing thing about this... is that it undermines the very basis of the OJ belief system - that we can trust what our parents told us and they can trust what their parents told them, etc. If it's been proven that the institutions and individuals entrusted with transmitting the mesorah are willing to lie in order to promote a false historical record, what does that say about the veracity of the mesorah?

What it says is there is no mesorah.

There is wishful thinking. There are fairy tales. There are snippets of historical memory.

But there is no mesorah.

[Hat Tips: The Monsey Tzaddik, who saw it on DovBear, who got it in an email from The Knish.]

Annals of Censorship: How Haredim View History And Truth

Photoshopping away reality the haredi way.