The Meah Shearim mother was hoping to meet with her son “C”, the 3-year-old child who she is 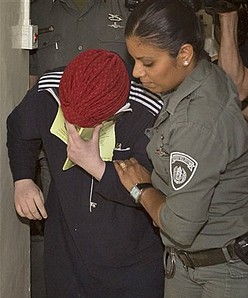 accused of abusing. The meeting however did not take place at the state social workers insisted they be present at such an event, compelling officials to cancel the meeting at the Jerusalem courthouse.

The mother refused to permit the social worker to attend the reunion with “C”, resulting in the cancelation of the meeting. According to one report, appearing in Yediot Achronot, a relative of the mom threatened to harm the social worker in response. There was a ruckus for a few minutes.

The social worker filed a complaint with police following the threat.

Woman's family threatens social worker after meeting cancelled due to mother's intransigence.
Failed messiah was established and run in 2004 by Mr. Shmarya (Scott)Rosenberg. The site was acquired by Diversified Holdings, Feb 2016.